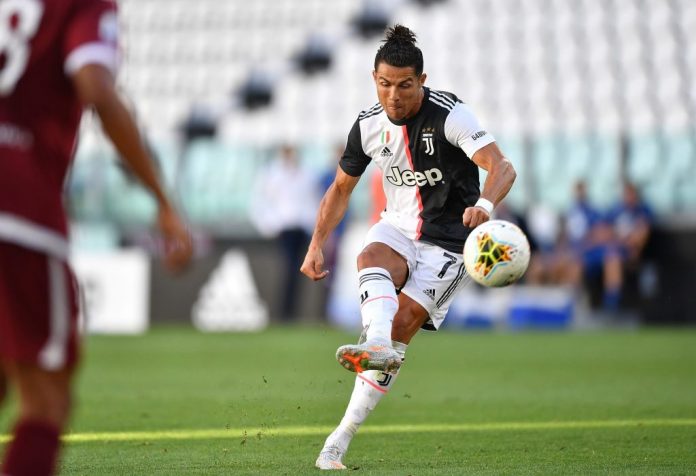 Paris Saint-Germain are the clear favourites to sign Cristiano Ronaldo from Juventus this summer, according to leading bookies.

‘The Old Lady’ have suffered humiliating Champions League exits at the hands of Ajax in 2019 and Lyon earlier this month respectively.

While Ronaldo has secured two Serie A titles since making the switch from Real Madrid in 2018, a move could be on the cards.

According to Oddschecker, bookies have slashed odds from 7/2 to 7/5 that Ronaldo joins PSG after the transfer window – making them clear favourites.

That’s due to the weight of money placed on Thomas Tuchel’s side, with 52% of all bets backing the Champions League semi-finalists.

Juventus are reportedly keen to move the 35-year-old on due to his wages, which are rumoured to be around €31 million a year.

Joining PSG would see Ronaldo link up with Neymar and Kylian Mbappe to form a front three brimming with star power.

A stunning transfer to David Beckham’s Inter Miamifranchise has also been listed as a potential destination for the five-time Ballon d’Or winner.

Emotional returns to Madrid or Manchester United could also be worth a punt.

Check out the latest odds on which clubs are favourite to secure Ronaldo’s signature this summer.

“Juventus’ failure to win the Champions League under the dull stewardship of Maurizio Sarri won’t have amused Cristiano Ronaldo, and at 35 years of age, the Portuguese might be ready for a new challenge,” Oddschecker spokesperson Callum Wilson explained.

There will obviously be no shortage of suitors for CR7, but will the lavish riches PSG will promise prove too much of a temptation?”

Gazzetta dello Sport have claimed the Italian has contacted Ronaldo and told him he will be given greater freedom in the Juve attack.

It means he will have less defensive responsibility and be able to focus on scoring as many as possible.