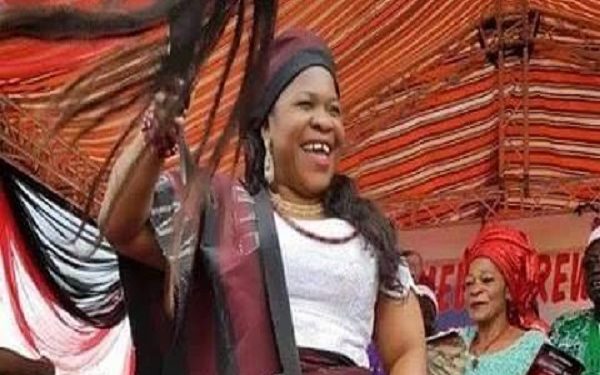 CityNews Nigeria reports that the daughter of former Senate President David Mark and member representing Otukpo/Ohimini Federal Constituency of Benue, Hon. Blessing Onuh, has joined the All Progressives Congress (APC) from the All Progressive Grand Alliance(APGA).

In two separate letters read by Speaker Femi Gbajabiamila, the two lawmakers said they were leaving the platforms that sponsored their elections due to crisis at all levels of the parties.

Onuh said she was leaving APGA due to leadership crisis at all levels of the party, adding she decided to leave after serious consultation with her people.

She commended the national leadership of the APC for making the defection possible.

Onuh formally joined the APC at a well- attended event in her constituency in December 2020.

Abdullahi said he decided to leave the PRP as a result of the crisis, which led to emergence of two national chairmen for the party as well as two chairmen in Bauchi state.

He said Alhaji Falalu Bello and Prof. Sule Bello were laying claim to chairmanship of the party with two separate national headquarters.

He also said one of the factions of the party in Bauchi state wrote him a letter suspending him from the party.

The lawmaker said the crisis in the party in Bauchi state is worrisome as it has led to series of litigations among members of the party.