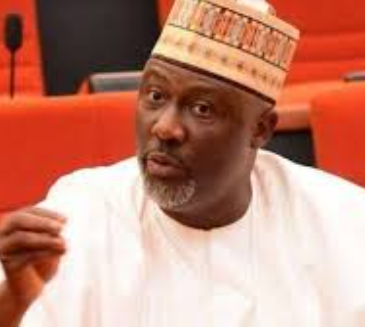 A group known as the ‘Anti-Corruption Network’ which Senator Dino Melaye belongs to, has filed a petition to the Economic and Financial Crimes Commission (EFCC), the Independent Corrupt Practices and Other Related Offences Commission (ICPC), the US Embassy, British High Commission, and Transparency International against the Kogi State Government.

According to different letters all dated March 1st, 2021, the group said its investigation revealed that the Yahaya Bello administration engaged in corrupt practices in awarding contracts, borrowing from non-capital market, circumvention of procurement procedures among others.

“We have meticulously investigated and uncovered huge financial fraud carried out by Kogi State Government, the Governor of Kogi State and his cohorts from 2016 – 2019,” the letter reads.

Melaye, a former Kogi West lawmaker, is a chieftain of the Peoples Democratic Party (PDP). He shared pictures of the acknowledged copies of the letters on social media on Monday.

Melaye spoke with the media at the offices of the aforementioned bodies. He threatened there would be a protest at the EFCC headquarters if the commission fails to act on the petition. 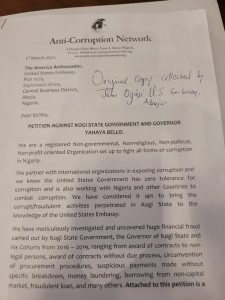 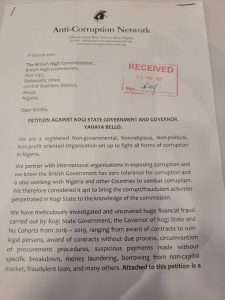 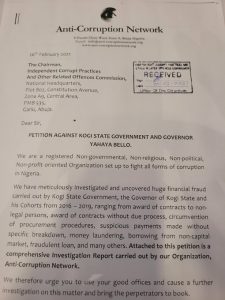 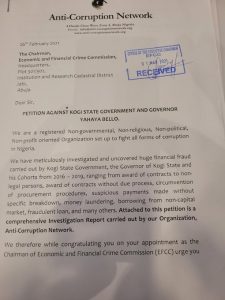 2023: Oluwo Reveals Those Behind Crisis In South/West

Why NNPC Is Constructing N21bn Hospital In Katsina – GMD,Kyari Explains