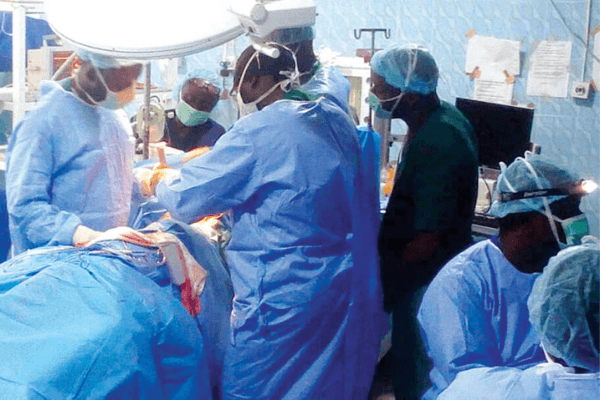 Doctors in Ondo State on Monday embarked on an indefinite strike following the non-payment of their salaries by the State Government.

CityNews Nigeria reports that the doctors under the aegis of Association of Resident Doctors of Nigeria at the University of Medical Sciences Teaching Hospital, UNIMEDTH, during an emergency meeting in Akure, the state capital lamented that the government has continued to turn deaf ears to their demands.

The aggrieved doctors had last week embarked on a seven-day warning strike to call government’s attention to their plights.

According to the doctors, the industrial action became imperative due to the failure of the state government to address their demands.

The doctors lamented that they were being owed four months salary arrears by the state government amid the harsh economic situation in the country.

They also decried a situation where other health workers under health management board receive salaries regularly.