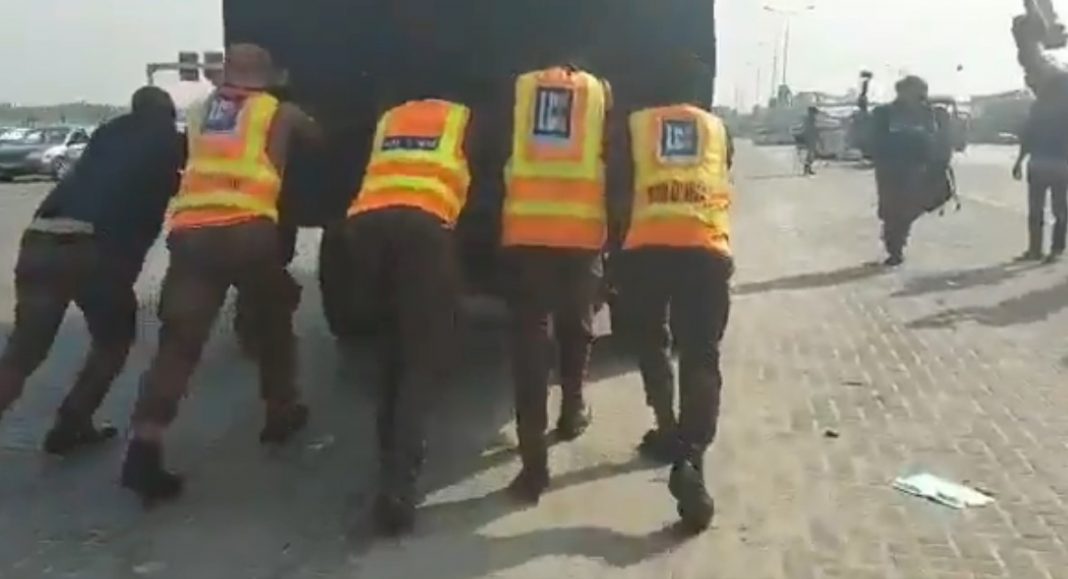 CityNews Nigeria reports that there is an ensuing drama at Lekki Toll-Gate as the black maria van used to convey arrested protesters developed fault.

In the video shared on twitter, some officers were seen pushing the vehicle to make it start. As they were pushing, the arrested protesters continued shouting for their release as journalists continued their reportage

CN had reported earlier that some protesters including popular comedian, Mr Macaroni has been arrested during the peaceful protest.