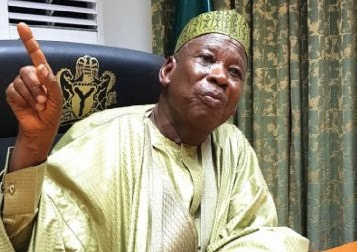 The Governor of Kano State, Abdullahi Ganduje, has announced the relaxation of the Presidential lockdown order imposed on the state.

Ganduje on Saturday announced two free days for purchases during the lockdown period.

He said that Mondays and Thursday would be lockdown free days from 10am to 4pm.

Recall that President Muhammadu Buhari ordered total lockdown in Kano State for two weeks during his national broadcast on Monday.

According to Nigerian Info, Ganduje said that no markets will be allowed to open except supermarkets.

He said the list of the supermarkets would be announced on local radio stations.

According to him, only Yankaba Market, where perishable items are sold, and Yan Lemo Market, would be allowed to operate on Mondays and Thursdays 10am to 4pm.