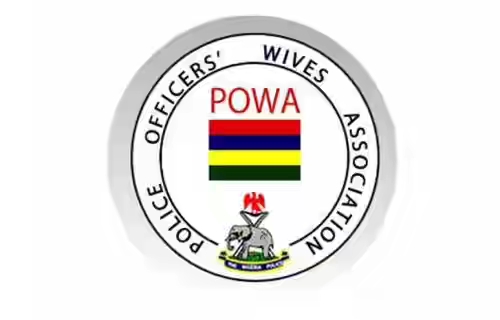 IGP Baba’s wife has moved to stop owning of beer parlours in various police barracks across the country.

CityNews Nigeria reports that Hajia Hajara Usman Baba, President of the Police Officers Wives Association and wife of the Inspector-General of Police, Usman Alkali Baba, has decried the proliferation of beer parlours in police barracks, describing it as a bad influence on children and the future of Nigeria.

She stated that she would immediately send a signal to the Force headquarters for the outright relocation of beer parlours from police barracks, threatening that whoever flouted the directive thereafter, would be ejected from the barracks.

The POWA President was on a three-day working visit to familiarise herself with POWA members in the state and also to access the Police children school, to improve the general standards.

READ ALSO:   Why God Directed Me To Prophesy Against Buhari, Uzodinma – Mbaka

She noted that beer parlours should be located at a given distance from the barracks as stipulated by law.

Addressing POWA members at the POWA hall, Ikeja, Hajara said, “During my inspection yesterday (Wednesday) I saw a lot of beer parlours in barracks. I know it is you people that encouraged such. You should try and speak to your husbands to follow the rules and regulations of the barracks.

“I grew up in the barracks because my father was a policeman. Then, there was no beer parlour. And with the future of our children in the barracks, we should be careful because these children are more intelligent than us.

“We are going to send signals immediately, for the relocation of the beer parlours. If you don’t keep to it, you will be ejected out of the Barracks.”

She also lamented the dirty state of barracks in Lagos and announced the commencement of environmental sanitation, every Saturday. She informed that she would personally take part in the next one, after taking a 30-minute walk with POWA members, as part of activities to mark her visit.

She said, “What I saw at the barracks was devastating. The barracks were unkempt. It was very dirty. If there is no sanitation nationwide, can’t you sanitise yourself, or don’t we have barracks leaders? There is going to be sanitation henceforth. It is going to be a continuous exercise until we are retired.”

Noting that policemen had been demoralised due to happenings in the country, she admonished POWA members and other wives of policemen to be supportive at this moment, by being submissive to their spouses, adding that this was not the time to nag at home, as such would go a long way to affect their husbands’ efficiency at work.

#Covid-19:150 bags of garri reportedly stolen from Bayelsa warehouse as ”hunger-virus” takes over