Home News Breaking: Lady Who Lost 2 Pregnancies In SARS’ Custody Is Evans The... 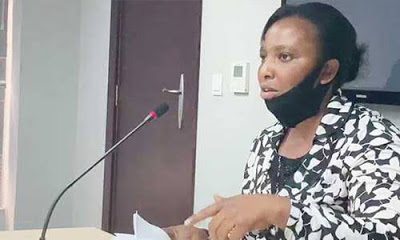 A teacher Mrs Ndubisi Obiechina who told the Lagos state judicial panel of enquiry on Restitution for Victims of Special Anti- Roberry Square, SARS Related Abuses and Matters that she lost two pregnancy, today told the panel that popular billionaire kidnapper Chukuwudmeme Onwamadike known as Evans, is her brother.

She said that she never knew that he was popularly known as Evans.

When asked by a Police lawyer from Force Intelligent Response Team, (IRT), Nosa Uhumwangho, if she was related to Evans, Obiechina said yes.

” He is my brother,” Obiechina said.

Uhumesngho told the panel that Evans was arrested because of Mrs Obiechina.

“It was through her invitation that we were able to arrest Evans.”