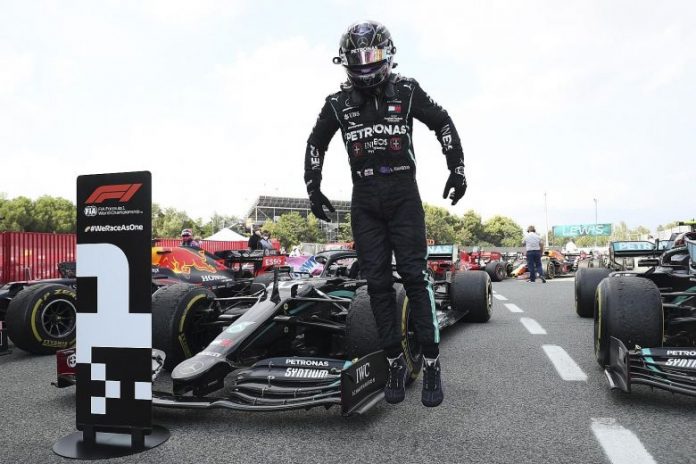 Lewis Hamilton has become accustomed to making history and, at rain-soaked Turkish Grand Prix, the Englishman put his name in the record books once again as he equaled Michael Schumacher’s record of seven world titles.

To win Formula One’s drivers’ championship at Istanbul Park, the Mercedes driver needed to finish eight points ahead of teammate Valtteri Bottas and did so with ease in often treacherous conditions, securing a fourth successive title by winning the race after starting sixth.

Should he remain in the sport, Hamilton will be widely expected to add to his tally of world titles. But, whatever he achieves in the years ahead, his place in F1’s pantheon is assured.

Odemwingie Calls Out Amara Kanu For Chasing Him With Text Messages