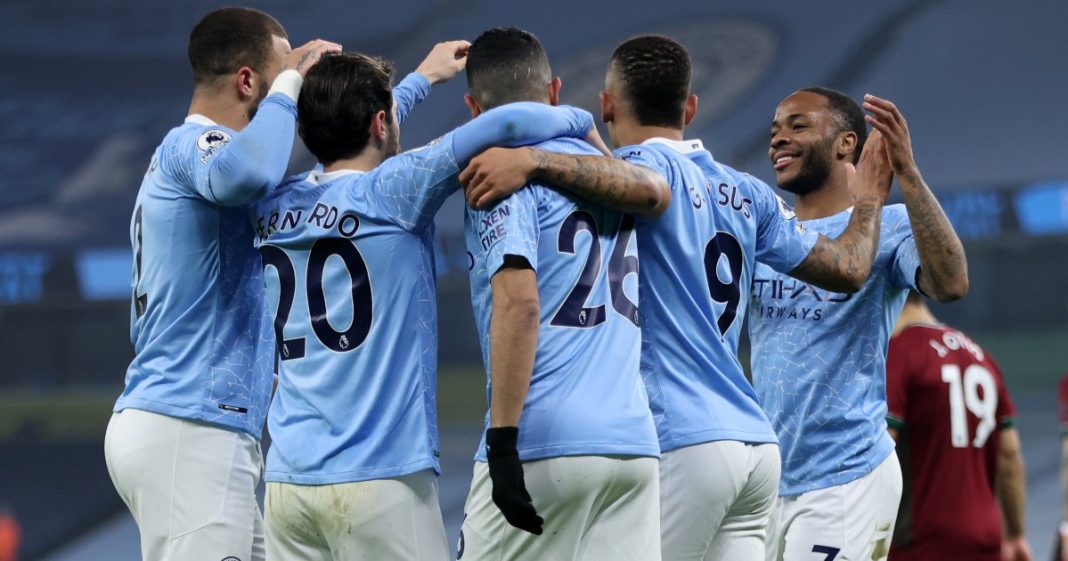 CityNews Nigeria reports that Pep Guardiola’s side are now 10 points ahead of second-placed United, who have just three games remaining.

It is the seventh time City have finished top of the English football pyramid and the fifth in nine years.

Manager Guardiola, 50, has now won eight domestic trophies since arriving in Manchester in 2016.

READ ALSO:   Odemwingie Calls Out Amara Kanu For Chasing Him With Text Messages

City had the chance to wrap up the title themselves on Saturday, but suffered a 2-1 defeat by Chelsea at Etihad Stadium.

However, Leicester completed the job for them with a 2-1 victory at Old Trafford on Tuesday.

It is City’s second trophy in a little over two weeks after they beat Tottenham to claim the Carabao Cup and they are also in their first Champions League final after beating Paris St-Germain in midweek.

Since being taken over by the Abu Dhabi Group in September 2008, City have won 12 cups and this is the third time they have clinched a league and EFL Cup double.

Explorers ‘99.9% Sure’ Remains Of Noah’s Ark Is Discovered (Photos)

US:African American man killed by Minneapolis police has been identified as it’s revealed that the...

Insecurity: What Sultan Said About Bandits Going Into People’s Homes