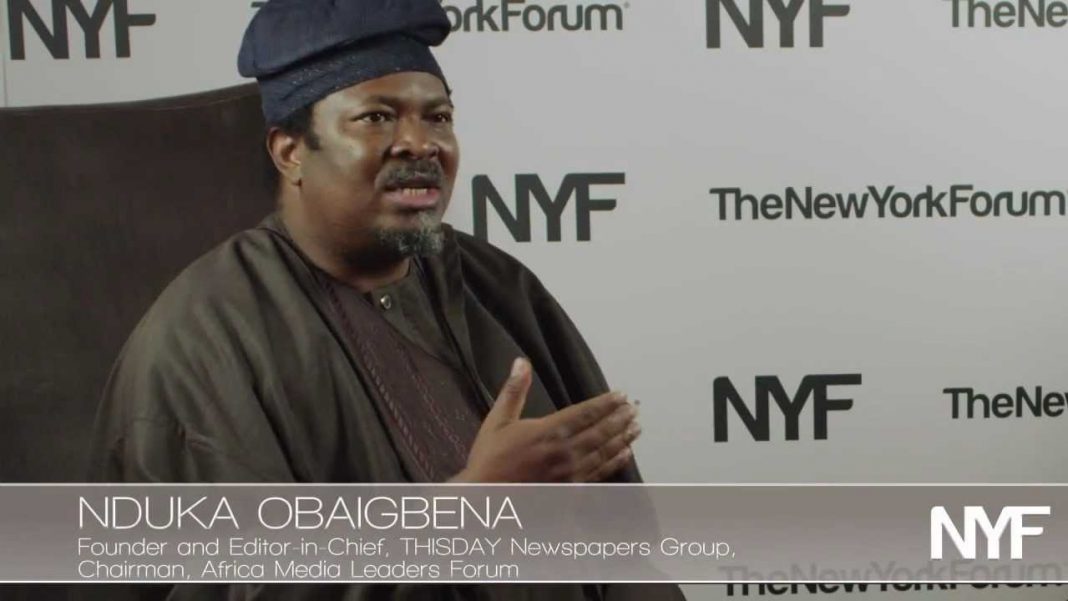 The United Kingdom has disqualified the founding Chairman and Editor-in-Chief of THISDAY Media, ARISE News Channel and ARISE Magazine, Nduka Obaigbena, from serving as a director of any company in the country for seven years.

The application for disqualification was made under Section 6 of the Company Directors Disqualification Act 1986 and arose from the compulsory liquidation of Arise Networks Ltd of which Obaigbena was the sole director since its incorporation on October 30, 2012.

Due to foreign exchange restrictions by the Nigerian government in September 2014, it was difficult to “transfer necessary funding to ARISE”.

In December 2014, the company had expense debts of more than £3 million. The debt owed to creditors led to increased pressure from late 2014 onwards due to the company’s inability to pay off its debts.

An email quoted in the judgement read, “Hi Kevin/Nduka, Happy anniversary, I have been working under contract for six months at Arise. I’ve been paid one month’s money. February’s money is three months late. Still nothing, when will I get what is owed?”

According to the court, Obaigbena made efforts to clear some payments, but there were still large sums that remained outstanding. With no certainty of when any of the payments would be made, the court took into account that it did not consider the case of dishonesty but rather unreliability.

“However, this does not mean that the case is any less serious. The public interest is served in this case, in my judgement by disqualifying Mr Obaigbena for a period of 7 years,” the judgement read.

INTERESTING! See What Brandy And Daughter Did In New Racy Picture