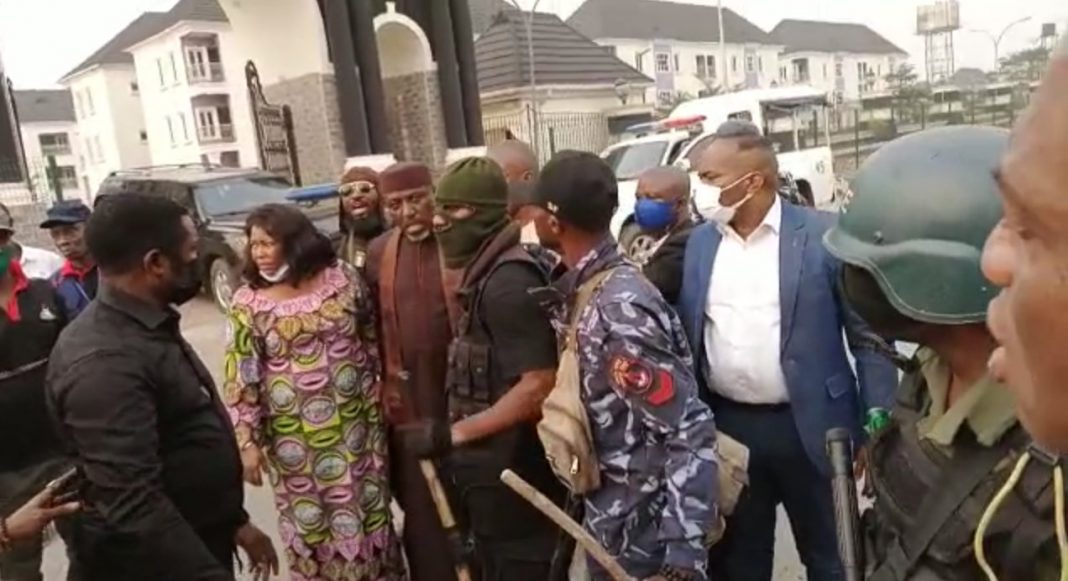 Senator Okorocha has been released.

The former governor and three of his political associates were arrested on Sunday by operatives of the state command for breaking the seal of the Royal Palm Estate,CityNews Nigeria reports.

This happened after Okorocha and his supporters with armed policemen, Soldiers, and the personnel of National Security and Civil Defence Corps stormed Royal Spring Palm Estate, Owerri, and unsealed it.

The Estate was linked to the former Governor’s wife, Nkechi Okorocha. The incident which happened around 5 pm along Akchi road in Owerri, also led to damaging of vehicles and injuring persons.

The state government through the State Commissioner for Lands, Survey and Physical Planning, Enyinnaya Onuegbu, had on Friday supervised the sealing of the Estate.

Speaking to Channels Tv on Monday, spokesman of the Police command, Orlando Ikeokwu, said the former governor was released on Sunday night.

He noted that Senator Okorocha and his aides will be charged to court today, adding that investigation on the matter is still ongoing.

Jeffrey Epstein :US officially demands Britain hand over Prince Andrew to be quizzed

LOL!Guess what Usian Bolt and girlfriend named their baby