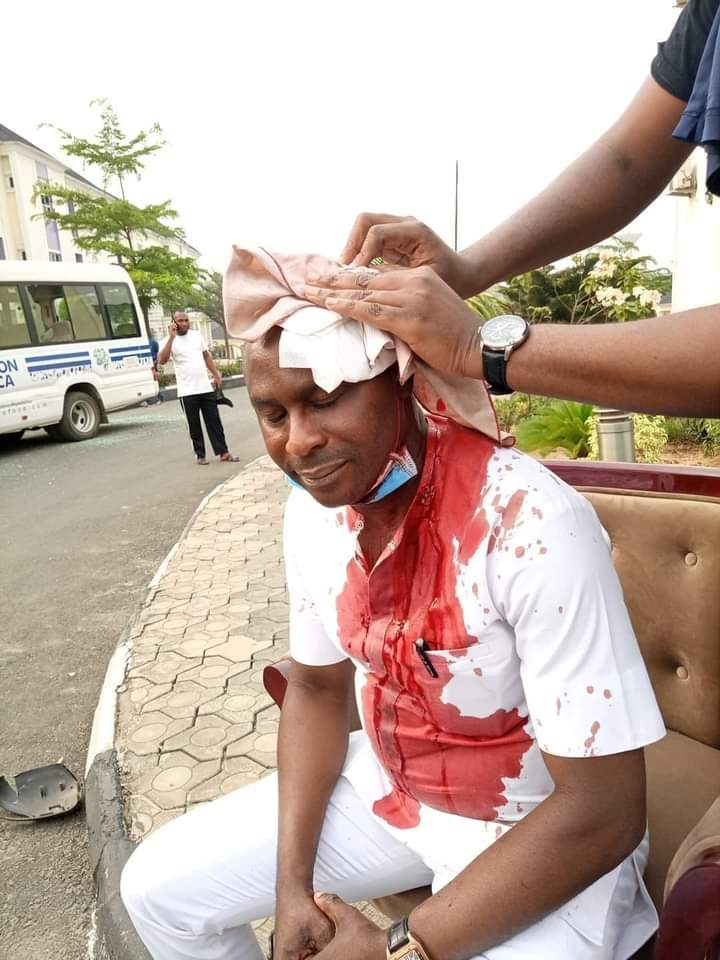 An Aide to former Governor of Imo State, Senator Rochas Okorocha has been shot by Governor Hope Uzodimma’s security personnel while trying to reclaim a property taken over by the State government.

According to IGBERE TV, a team of government officials and police, led by the Commissioner for lands, Barr. Enyinnaya Onuegbu, on Friday, invaded the Royal Spring Palm Hotels and Apartments, allegedly owned by Nneoma Rochas Okorocha, wife of former Governor Rochas Okorocha, and sealed off the property.

As former Imo governor Rochas Okorocha is battling incumbent governor Uzodinma over the recovery of the University, Uzodinma sealed off Okorocha’s wife’s hotel.

There were reports of sporadic shooting during the operation, as seen in videos from the scene.

Obaseki Redeploys Aide For Not Providing Kolanut At Oba’s Palace