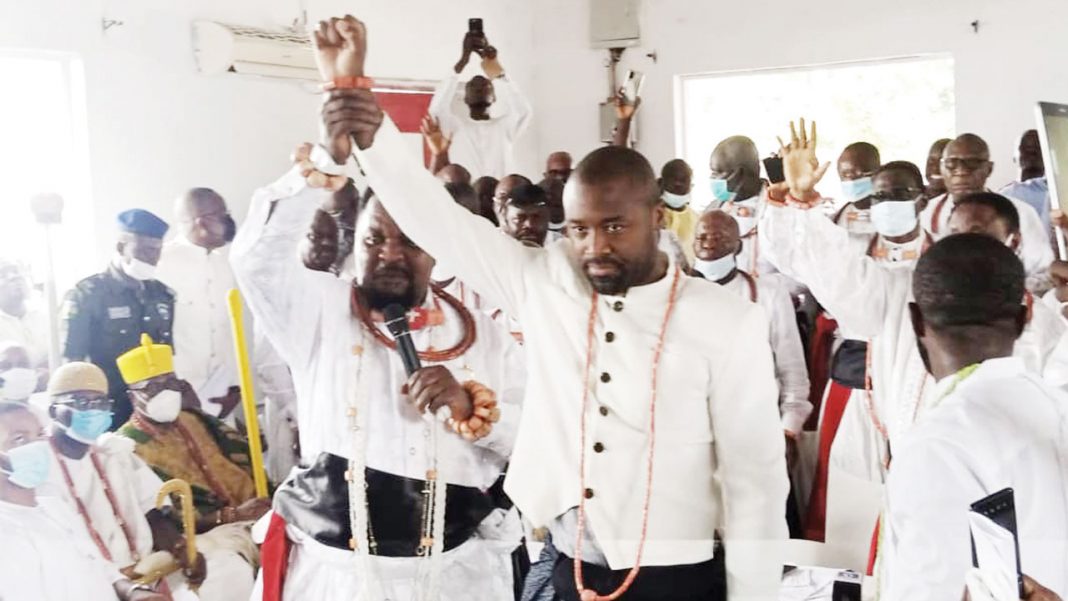 Ayiri Emami has said the new Olu of Warri has not emerged.

The Ologbotsere of Warri Kingdom,Chief Ayiri Emami has said Warri is yet to find a new king,CityNews Nigeria reports.

Emami said the newly announced Olu Of Warri,Prince Shola Emiko’s choice did not follow due process laid down in the Kingdom.

The Ologbotsere Of Warri Kingdom,Emami who spoke during the morning magazine programme of Arise News (the Morning Show) openly kicked against the process that led to the choice of the new Olu of Warri designate.

However, speaking on the same show,the President of Nigeria Football Federation,Amaju Pinnick was quick to say that about 99% of the Itsekiri people were behind the choice of the new Olu of Warri-designate.

He also said that the Kingdom was seeking for peaceful resolution of the Royal tussle that ensued during the run up to the process that led to the announcement of the new paramount ruler of the Kingdom.

Emami also used the opportunity to tell the whole Itsekiri nation that he has nothing against Prince Tsola Emiko but the process that led to his choice…’which could have a severe consequences for him and the Kingdom in the future’.

CityNews Nigeria had reported that the descendants of the Itsekiri nation from across the country, yesterday, gathered at Ode-Itsekiri, the ancestral home of the Itsekiri people, to herald the unveiling of the Olu designate, Prince Utieyinoritsetsola Emiko, 37.

HAMMERTIME! Lewis Hamilton to race for Mercedes in new all-black car as F1 team give...