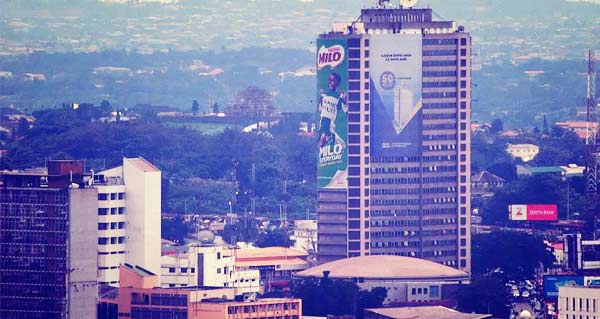 At least one person has been confirmed dead while four others sustained injuries when the elevator of the Cocoa House in Ibadan, the Oyo State capital collapsed during repairs.

The faulty elevator collapsed when some technicians were working on it to make it functional. When the elevator fell, one of the technicians died instantly while three others sustained injuries.

But, reacting to the incident, Mr Victor Ayetoro, Head, Corporate Affairs, Odu’ a Investment Company Limited, confirmed the casualty figure but added that the conglomerate was trying to change the old elevator to a new one when the incident happened.

Ayetoro said, “At around 11am this morning, the lift installation team from our contractor handling the lift and who were working on dismantling the old lift in readiness for a new lift instalment, while working on the lift suffered a mechanical failure.”

READ ALSO:   Deborah wasn't poisoned because of Iphone 11 on her birthday, but fainted and died in the process - Family

“The said failure resulted in the lift dropping and crashing into the basement pit”. Unfortunately, one of the technicians in the team did not survive the incident.”

“Three other technicians suffered minor injuries and have been taken to the hospital for check up and treatment.” “The head office of the company has been informed and their representatives have arrived to take charge of the situation while the Police have also been informed”.

I Won’t Step Down For Obaseki, Even In My Dreams – Imasuagbon Explodes

Best Performing Banks In Nigeria Judging By The Numbers