Home News BREAKING: One dead, others injured as building collapses in Delta 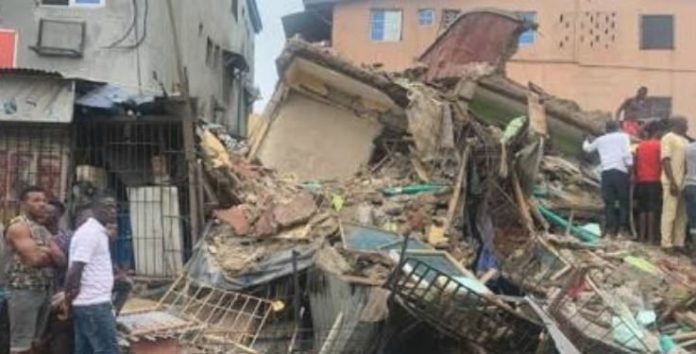 BREAKING: One dead, others injured as building collapses in Delta.

CityNews Nigeria reports that a storey building under construction in the Okwe area of Asaba, Delta State collapsed on Saturday September 12, killing one person, and injuring many others.

According to reports, the owner of the building and four others who were working in the building were trapped under the rubble when it suddenly caved in.Obituary: Toots Hibbert – the man who coined the world reggae

We gathered several people in the neighbourhood  made frantic efforts to rescue those trapped in the rubbles with their bare hands and shovels before the arrival of two excavators.

The owner of the building, who was among those trapped, suffered severe head injuries.

He was said to have been rescued when his cellphone started ringing under a pile of rubbles as rescuers tried to know his exact location under the debris.