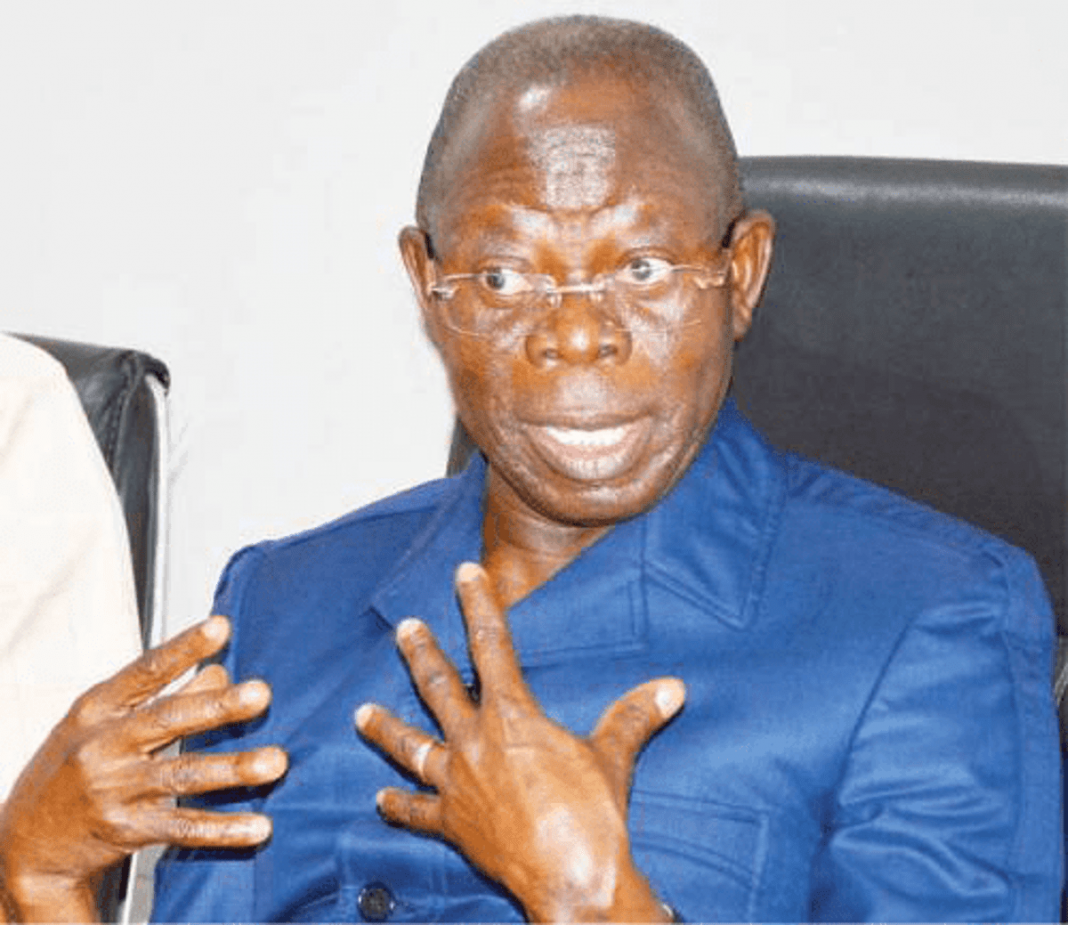 The All Progressives Congress (APC) Executive Committee of Ward 10 in Etsako West Local Government of Edo has lifted the suspension on National Chairman, Adams Oshiomhole.

This was made known in Abuja on Saturday.

At a press conference, Emuakemeh Sule, Secretary of the ward, said 17 members out of 26 signed the resolution.

The former Edo governor was suspended last November amid his face-off with Godwin Obaseki.

The suspension was the action upon which the FCT High Court ordered Oshiomhole’s suspension as National Chairman.

On Friday, the APC Chairman in Etsako West, Mrs Rabiat Ezolomhe declared that she and her members still remain in the party.

She told newsmen in Auchi that APC was their home and they will not abandon it.

Ezolomhe said they can’t run away “from the house we laboured for since 2018, our tenure is not over yet, these are my members right here with me.”

Read What Matawalle Said About Past Administration ‘Stealing’ N107B