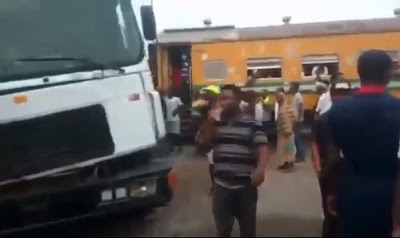 A high speed train has rammed into a loaded truck at Fagba araea of Lagos.

It was reported that the loaded trailer attempted to drive past the railway just as the train was approaching, but unfortunately it got rammed into by the train conveying passengers to their destination,CityNews Nigeria reports.

In photos shared online, the train and the loaded trailer were stuck at the scene, as the accident made the train stop. 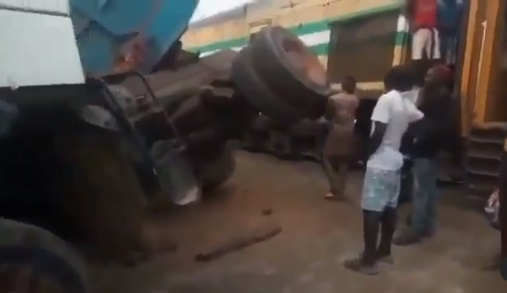 It is unclear if there are any casualties from the incident.

Breaking: FG ‘To Give Pension To MKO Abiola’s Next Of Kin’