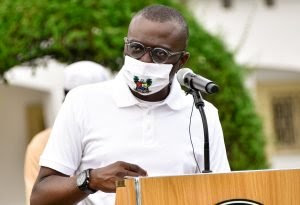 Lagos State Governor, Babajide Sanwo-Olu has ordered a fresh process for the appoint of a new Vice-Chancellor of Lagos State University (LASU).

We understand the process for the appointment of the 9th VC was announced on Friday evening, January 8 by the governor’s spokesman, Gboyega Akosile.

Akosile in the statement noted that a fresh process was ordered by the governor of which must be completed within 45 days. He noted that the decision followed an investigation and stakeholders engagement necessitated by petitions against the selection process.

According to Naija News,  one of the Deputy Vice-Chancellors, who is not a candidate in the cancelled selection process would be appointed as Acting Vice-Chancellor during the meeting; while the DVC will assume office from Monday, January 11, 2021.

This online news platform understands that the development is coming a few hours following the demise of Professor Folabi Olumide, the pioneer Vice-Chancellor of the Lagos State University (LASU).

The academic and medical surgeon died on Friday, 8th January at the age of 81 after a brief illness, Naija News reports.

Snoop Dogg will be voting for the first time because he wants Trump out of...