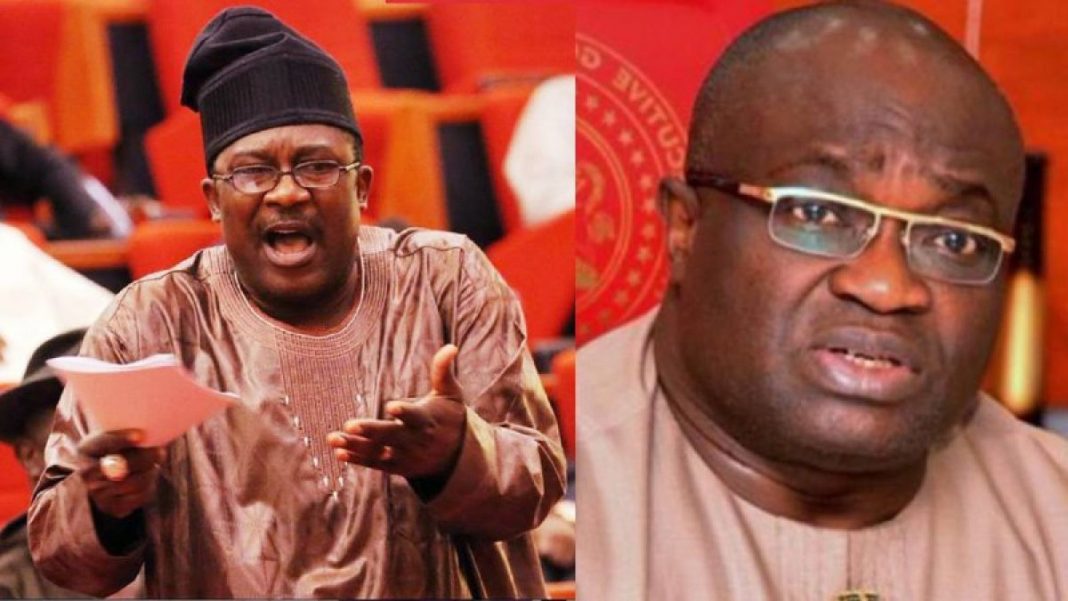 Ikpeazu spoke as special guest of honour during the unveiling of a book written by the Minority Leader of the Senate, Senator Enyinnaya Abaribe, titled: “Made in Aba” noted that there was no need to begrudge a mad man.

CityNews Nigeria reports that Ikpeazu was responding to Senator Adeyemi who called him a “drunkard” on the floor of the Senate last week.

The governor quoted the evergreen words of Professor Chinua Achebe who famously admonished that if a mad man picks the clothes of a man taking his bath and runs away, if the man runs after the mad man, nobody will know who is mad.”

Ikpeazu told the audience that he does not drink nor does he begrudge those who drink.

OMG! Meet the huge family of 14 which has quintuplets, triplet and two sets of...

Nollwood: Lateef Adedimeji Speaks On Challenges Of Being A Celebrity