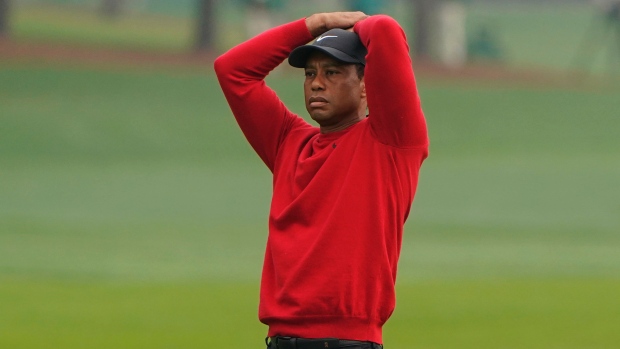 Golf legend Tiger Woods was hospitalized Tuesday morning after a serious one-car rollover accident in Los Angeles County that required the “jaws of life,” according to the LA County Sheriff’s Department.

The sheriff’s department said Woods was the only occupant of the car. He was taken to a hospital for his injuries, the sheriff’s office said.

The vehicle suffered minor damage, according to authorities. The crash is under investigation.

Finally, Actress, Akuapem Poloo arrested over her nude pix with her 7-year-old son