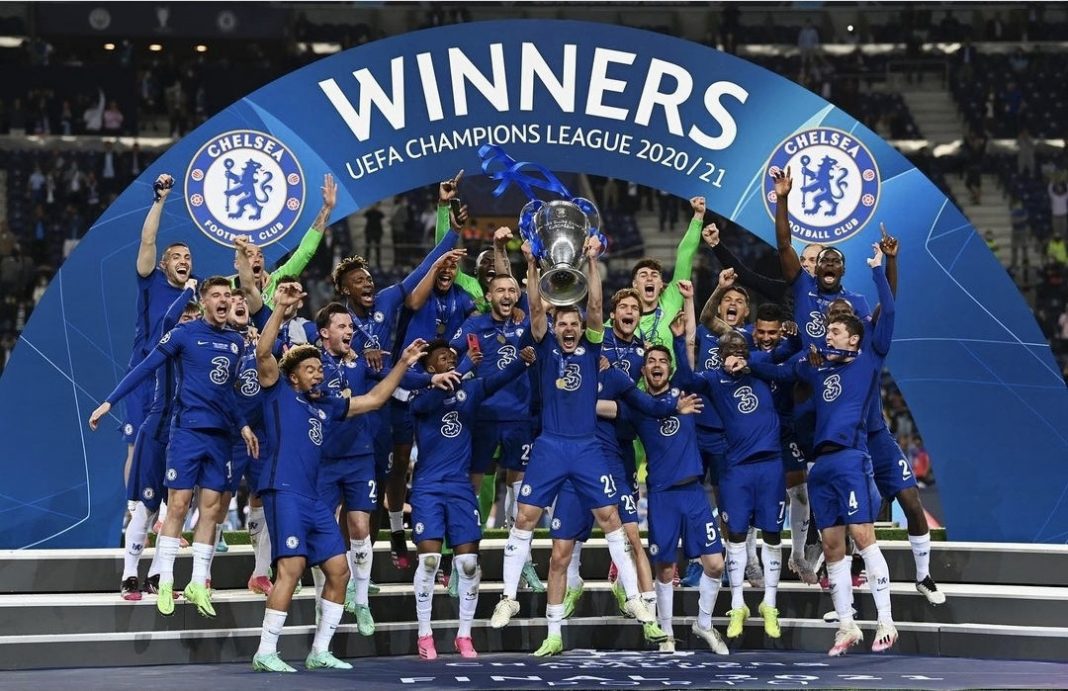 In a totally dominating display by the Blues, Chelsea showed more quality on and off the ball, showed more pace, panache and perseverance as they inflicted a third straight win this season on Pep Guardiola’s team.

A first-half goal from summer signing Kai Havertz, the most expensive player in Chelsea’s history, was enough to earn Thomas Tuchel’s side victory in front of thousands of fans at Porto’s Estadio Dragao in Portugal even though tbr thrilling final was marred by a knee injury to 36 year old Chelsea defender Thiago Silva and a head injury to City’s playmaker, Kevin De Bruyne.

Chelsea we’re so brilliant tactically that Raheem Sterling had a terrible night facing Reece James. De Bruyne lost the midfield war with Kante while Chilwell and Rudiger made Mahrez and Bernardo look like kindergarten players.

Defeat was yet another bitter disappointment for Manchester City who although won the English Premier league have spent multimillions in player and staff acquisition to clinch the champions League,CityNews reports.

But for Chelsea it was their first win since 2012, crowning their season with the highest trophy in European club football.

US ELECTION2020: Putin Not Ready To Recognize Biden As US President Yet