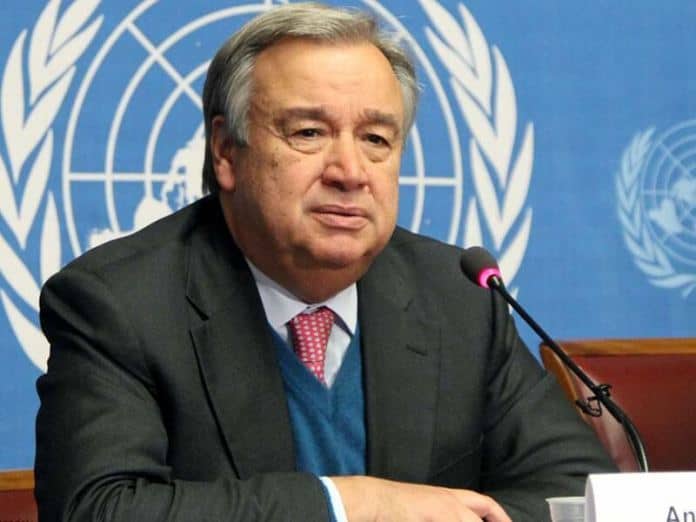 The United Nations (UN) has condemned the recent abduction of about 200 school children in Niger State and called for their quick rescue.

The UN Secretary-General, António Guterres who lamented that cases of kidnap by insurgents and bandits are becoming a common occurrence in Nigeria said the abhorrent pattern can’t be allowed to continue.

CityNews Nigeria recalls close to 200 students of the Salihu Tanko Islamic School in Tegina, Rafi local government area of Niger State were kidnapped by bandits on May 30.

The kidnappers later contacted the school headmaster to demand a ransom payment of N110 million before the students can be released.

Reacting to the development, the UN secretary-general in a statement by his spokesman, Stephane Dujarric said the frequent abductions have negative impacts on the welfare of affected children and their learning process.

He emphasized the need to bring the perpetrators to book.

“I can tell you that the Secretary-General strongly condemns the abduction of students from the Islamic School in Tegina town, in Nigeria’s Niger State that took place on Sunday, 30 May,” the statement reads.

“He is disturbed by the frequency of abductions for ransom of children from schools by extremist groups and criminal networks. This is developing into an abhorrent pattern, with serious impacts on the children’s well-being and development, as well as for teachers and the families.

“The Secretary-General reiterates that this constitutes a violation of the rights of children to education and underscores the need to hold perpetrators accountable,” the statement reads.

Meanwhile, the Niger State Government on Wednesday noted that it has commenced negotiation with bandits responsible for the abduction of students of the Salihu Tanko Islamic School in Tegina, Rafi local government area of the state.

The Deputy Governor of Niger State, Ahmed Mohammed Ketso, stated this while addressing newsmen in Minna on the efforts made to rescue the children.

Incest!50-year-old man arrested for allegedly raping his daughter for 8 years in Lagos