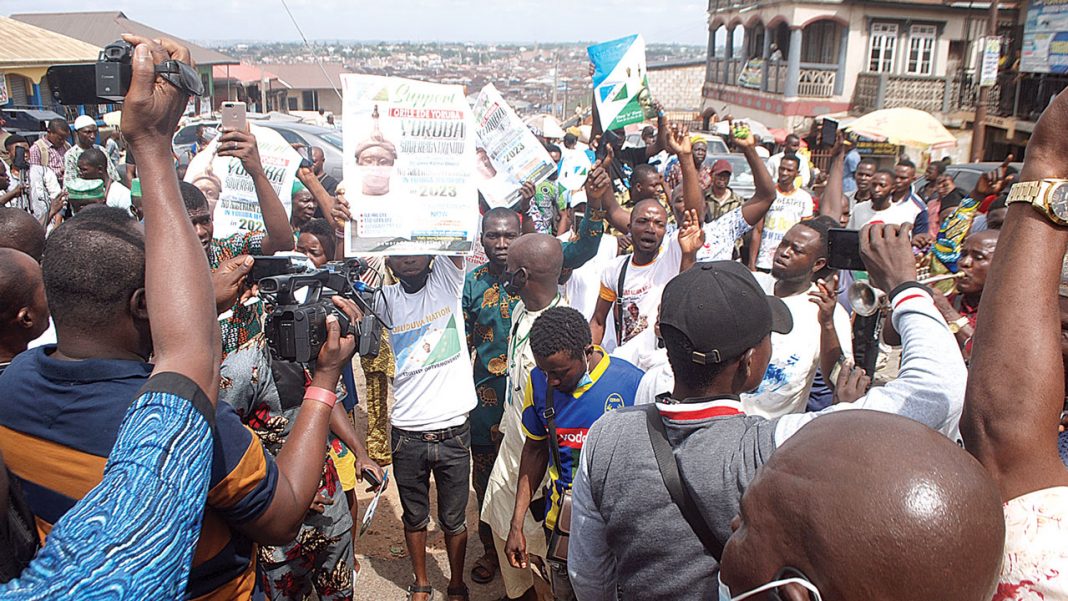 Despite threat by the police that no rally should hold in Ogun State on Saturday, Yoruba nation agitators are currently on the streets of Abeokuta, the state capital.

CityNews Nigeria learnt that  the agitators, dressed in various local outfits, marched through Ake palace to access other parts of the state capital.

A leader of the group, while addressing the people, said “we had spoken with the police. Nobody can stop from walking freely on our fatherland.

“That’s Alake’s palace, we are going there. They all know we are fighting their cause. They know we want to save them from the Fulanis.

“Yorubas can plan a seven-day battle for seven years. What we are doing now is preparation. Just continue repeating that what we want is Yoruba nation.

Fresh Trouble For Nigerian Traders In Ghana Over Right To Trade