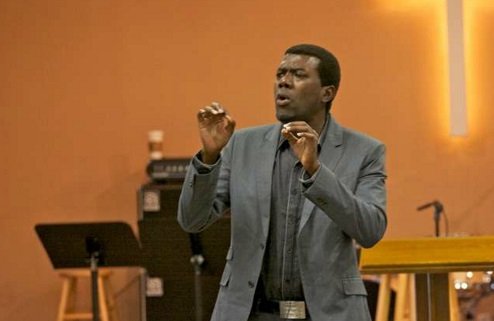 Omokri took to Twitter on Thursday to put out a video where he denied some claims made against him.

“This morning, I woke up and saw a video by Don Davis’ mother alleging that I had threatened her and asked her to apologise to Deeper Life in a newspaper advert. I have never done anything like that. It’s not true.”

“I never had any contact with Don Davis’ mother. I’m not even a member of Deeper Life. Why would I do that?

“Three weeks ago when she accused pastor Kumuyi of going after her life, asking Nigerians to hold him responsible if anything happened to her, I did come out in defense of Kumuyi.

“Although I’m not a member of his church, Pastor Kumuyi is someone who has had an influence on my life since I was a child. And I’m now almost 50. I knew that Pastor Kumuyi would not do that.

Omokri also vowed that he would pay Okezie the sum of N100 million — which she had earlier denied demanding from the DLHS in her lawsuit — if she is able to provide any evidence that he had contacted her to issue threats over the case as alleged.

“I felt I should defend him and I did. I simply said I didn’t believe her claims and that was 3 weeks ago,” he added.

“Now this woman is making claims about me, saying that I’m now threatening her life and asking her to apologise in newspapers. #JusticeForDonDavis was begun by Yul Edochie. I called him and we had a very long conversation.

“This woman is suing Deeper Life for N100 million. I told Yul that N100m is no problem for me. I will transfer that money through Yul today if she can provide any shred of evidence that I threatened or contacted her in any way.

“Nothing like that happened. If it did, then there must be an email or a call. Let her provide the evidence and N100 million will be paid to her today.”

I’ve made mistakes with my female fans – Bolanle Ninalowo

Edo 2020: Is Obaseki Getting Governance Right? By Osas Igbinoba