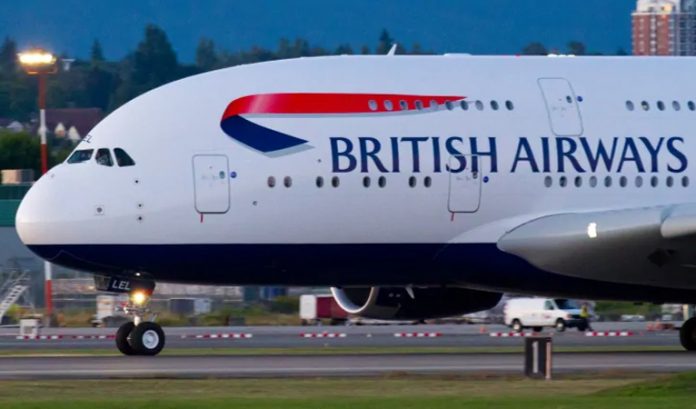 IAG, which also runs Aer Lingus and Iberia, said quarantine restrictions meant capacity this autumn would be 60% below 2019 levels.

The group said it had seen a “delayed recovery”, and did not expect business to return to 2019 levels until 2023.

It is also raising €2.7bn (£2.5bn) from shareholders to help its finances.

The company said the money would be used to reduce debt and help it withstand a prolonged downturn in travel.

Previously IAG had forecast a 46% reduction in flights between October and December compared with the same period last year.

It said it had seen an “almost complete cessation of new booking activity” in April and May due to the pandemic, but the easing of country lockdowns boosted ticket sales in June.

However, since July there had been an “overall levelling off in bookings” as the UK and other European countries re-imposed quarantine requirements for travellers returning from countries such as Spain.

On Tuesday, EasyJet revealed it will have flown “slightly less” than the 40% of pre-coronavirus pandemic capacity it previously said it would operate between July and September following the government’s decision to impose quarantine restrictions for seven Greek islands.BREAKING: Popular Florida Attorney Gunned Down By His Son At Home

Airlines are among the firms hardest hit by the impact of the pandemic. British Airways plans to cut up to 13,000 jobs due to the crisis, while EasyJet and Virgin Atlantic are slashing 4,500 roles each.

Operators say the UK’s travel quarantine policy – which requires visitors to high risk countries to isolate on their return – is crushing demand and want the government to back testing at airports instead.

UK government sources have indicated that they are looking at system where the two tests would be eight days apart to further minimise the risk of “false negative” results.

They are yet to approve the idea, however, while the prime minister last week warned testing at airports could give a “false sense of security”.

In a joint letter to Prime Minister Boris Johnson on Thursday, Airlines UK, whose members include BA, Virgin, Ryanair and EasyJet, called for an extensions of the jobs furlough scheme and air passenger duty waiver.

“Our industry is in crisis,” the letter said. “In sum, we ask you to act urgently to implement a programme of recovery for our sector.”

Under IAG’s fundraising, shareholders will buy new shares at a deeply discounted price – 36% below the closing price on Wednesday.

The group’s largest shareholder, Qatar Airways, which has a 25.1% holding, has said it will buy its full entitlement.

Details of the rights issues, which was announced in July, comes two days after new chief executive Luis Gallego took over from long-time boss Willie Walsh.

IAG also announced that it has reached an agreement in principle with the Unite union over changes to the pay and conditions of BA cabin crew, with a ballot expected to start shortly.

It added that the airline had already begun laying off staff and that, by the end of August, some 8,236 employees had left the business, “mostly as a result of voluntary redundancy”.