Rugby star Gareth Cooper’s ex-wife has been ordered to pay him back just £1 because she is now bankrupt after swindling him out of £1million by fraudulently claiming mortgages and loans in his name.

The former British Lions and Wales player, 41, had set up two gyms and freight businesses to be run by his wife Debra Leyshon.

But Leyshon, 41, claimed loans and mortgages on the family home and four other properties – while falsely alleging that the businesses were ‘thriving’.

She was handed a two-year suspended sentence at Cardiff Crown court after pleading guilty to 13 counts of fraud totalling more than £1million.

The ex-Wales scrum half, who has been forced to move back in with his parents as he faces £120,000 in legal fees, said he was ‘deceived and manipulated’ by ‘the person I trusted the most’. 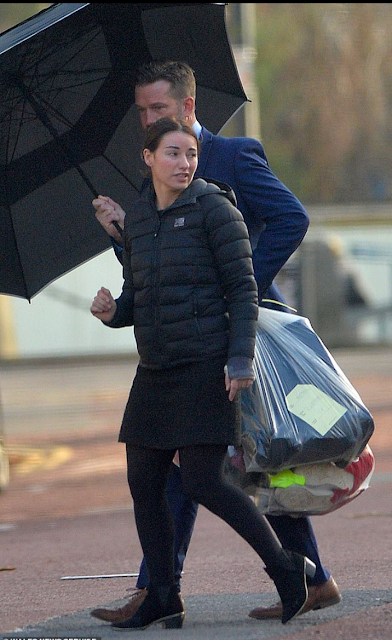 He continued: ‘I do not think I will ever be the same again.’

A Proceeds of Crime Act hearing at Cardiff Crown Court heard Leyshon, from Bridgend, had netted £371,271 from the crimes. And Thomas, from Cowbridge, had made £161,081.

Leyshon took over the businesses in 2005 after she married the rugby star. 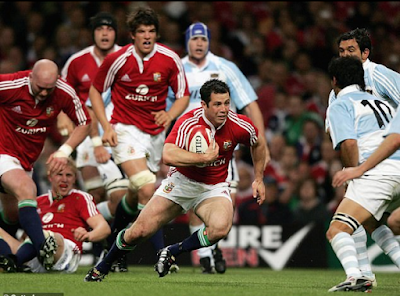 But by 2017 Mr Cooper had received a letter from a solicitor, telling him he was bankrupt and should attend court.

But Judge David Wynn Morgan ordered both to pay back just a £1 nominal sum within the next 28 days.

Roger Griffiths, prosecuting said: ‘Leyshon and Thomas have both been made bankrupt and their assets are being dealt with by a trustee in bankruptcy.

‘As a result, the Crown will only be able to recover a nominal sum due to their status.’

In a statement read out at the sentencing, Mr Cooper told how lost all his money and had to move back in with his parents for their financial support as he had more than £120,000 in legal fees.

He added: ‘This has had a profound and devastating effect on both me and my family.

‘I was happily married with three children, enjoying a career playing a sport I excelled in for many years.

READ ALSO:   COVID-19:Exercising with face mask on could be fatal - Expert warns

‘I was deceived and manipulated by the person I trusted the most – my wife and the mother of my children.

‘I do not think I will ever be the same again.’