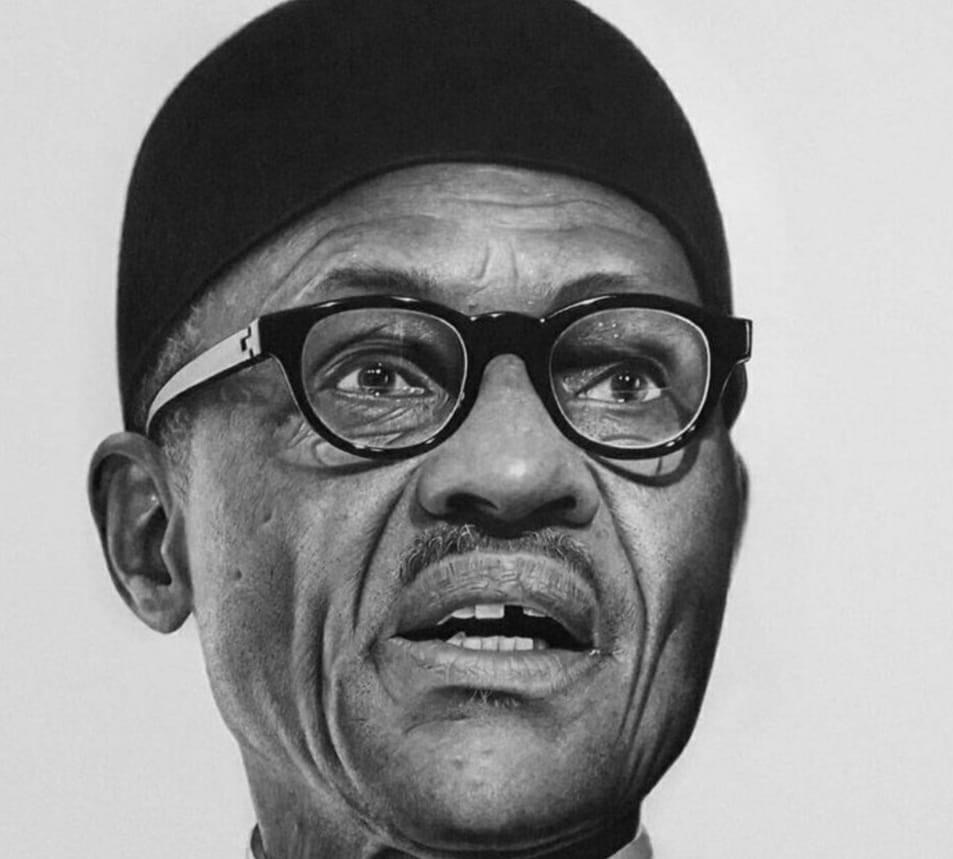 …that was how he abruptly left us years ago. He’d left a few times before then. But there was this one time that he did. To come back on time, he didn’t come back. To return so we could at the very least glorify in our collective win, he didn’t return. We, meaning the nation- for a stretch became a hopeless nation of orphans. We started on a long discordant tune of a kid endlessly waiting for the mother to return from the night market. It became an international joke even.

America and Russia both sent astronauts and other mechanical payloads into the moon, Mars and even Valhalla – yet our President did not return.

Rumor, upon rumors started flying about. At a point even Aisha, the long-suffering sugar baby that married a Sugar-daddy, I think started suffocating under the effects of pọ́nrọ́n-deprivation.

She reportedly started fighting everyone at Aso-Rock. We heard she broke bottles. We heard errant gunshots happened in the palace. Imagine a wife entirely clueless about the whereabouts of her husband. Easy to sincerely reckon with her dilemma. After all, the Yoruba captured it best in their introspective theory of:

“Death, For Sure Is *Morbidly* Pleasant To The Ears Than Lost And May Never Ever Be Found.”

Seem like eons ago when folks, including myself started compiling names of national wrongdoers, waiting for the then integrous Sai Baba to come home so we can loudly tell on them. Perhaps he would bring out the powerful, national pankẹ́rẹ́ to mercilessly trash them. Perhaps that would send a loud message far and out and wide to the intransigent others. So we stupidly thought.

Diezani, that pretty woman was one of those that panicked and ran off to the UK. Alas a gross miscalculation! I wonder how she feels now thinking she wasted her flee on a fraud- needlessly on a damn paper tiger! Her life by far would have been better – living under the gentle breeze of the noisy, but fake bulldog than in the UK! I swear!

A glorified Baálẹ̀ acting like a King. A kẹ́ranmọ́jẹlẹ́ acting like a Tiger with good game. Passes upon passes we gave him, even when he publicly and constantly rubbish us all. We made crazy excuses for his gross INEPTITUDE, yet this dude turned around to call the same youthful population that made his Presidency happen: “LAZY!”

Unfortunately we were ashamed of it all. Yes we were! We just didn’t want to let it show or lose hope or let the other side catch whiffs of it! Ours, truly was the misfortune of the desperate farmer who sold a fertile chicken to buy a barren Guinea-fowl. A sad loss. A worrisome loss. A veritable loss.

I was somehow cautious though, with my expectations. I am a noted minimalist. Known to play around and joke crazily, I am not entirely or easily sold to a stupid bargain!

However folks like Adekunle Adeite took the ‘Sai Baba’ thing way beyond the stratosphere! He recorded videos, Yoruba poems, Ijala, and he nearly recorded an entire album the way Franco Luambo of TPOK Jazz band did in 1984 to serenade Mobutu Sese Seko in the then Zaire Republic. Adekunle lauded the man coming into power the second time more than even the man’s own wimpish stars.

We were ecstatic. We were crazily glad in our effort. That we all rose up to usher out the then equally ruinous incumbent was huge to us. Hard to really blame Tina Turner if all she ever did was ran from slapper Ike and straight into the warm embrace of a better looking, smiley-faced and more purposeful killer Ike. She had suffered. Hell we have suffered! Chronic suffering have a way of circumventing better judgment. We thought we’d made history. I remember the steely, officious Jega. I can never forget that rabid Orubebe, a man now looking more and more like a misunderstood hero than an actual idiot- trying to warn us then. Seemed the crazed dude in his own way, and without ever realizing it – was trying to stall our well-disguised, fast approaching misfortune.

READ ALSO:   WTO: Okonjo-Iweala Reacts To US’ Support For Her Candidature

Whenever I think of Kowéè, or whenever my mind suddenly wanders back to the CHANGE era. Mere years ago. Agonizingly like eons ago now. I sincerely feel bad for him and for very many others like him. Sad to realize that the evidence of his giddiness is all around him on the internet. They shall definitely outlive him!

Friends, the disgust of betrayal is worse than the rotteness of a horrible egg laid over a century ago. Though years have piled on, but the horrible stench is unforgettable. Does not at any time quit! It’s the horror of walking in on your girl, or that man of your dreams for whom you’d already made enemies with your family and friends – right in your own bedroom, and right in your own bed- spread wide open like a generous coat of margarine over a piece of crusty cornbread as she diligently took it! You know that girthy, ugly and stiff phallus from hell.

Trust me, no one ever wants to walk back a loud swagger in a street where diarrhea once made one a public spectacle. Never! Except that someone suffers a rare sense of no inhibition. Except he or she has No shame.