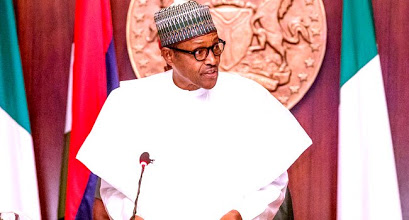 President Muhammadu Buhari has ordered the payment of fees and stipends of stranded scholarship students of the Niger Delta Development Commission (NDDC) studying abroad.
A statement signed by the NDDC Director, Corporate Affairs, Charles Odili, said Buhari conveyed the directive to the Minister of Niger Delta Affairs, Senator Godswill Akpabio, following the protest of the students.
Odili said the students would be paid by the end of the week explaining that the delay was caused by the sudden death of Chief Ibanga Etang, the then Acting Executive Director, Finance and Administration, EDFA, of the Commission in May.
Odili said: “Under the Commission’s finance protocol, only the Executive Director (Finance) and the Executive Director (Projects) can sign for the release of funds from the Commission’s domiciliary accounts with the Central Bank of Nigeria, CBN.
“With the death of Chief Etang, the remittance has to await the appointment of a new EDFA. Senator Akpabio, the Honourable Minister, said President Buhari who has been briefed on the protest by students at the Nigerian High Commission in London, has ordered that all stops be pulled to pay the students by the end of this week. We expect a new EDFA to be appointed this week. As soon as that is done, they would all be paid.”
Odili said NDDC had extended an invitation to Buhari to inaugurate the 29-kilometre Ogbia-Nembe Road in Bayelsa State noting that the road was built in conjunction with the Shell Petroleum Development Company, (SPDC) to create a land link to the ancient city of Nembe for the first time.
Odili said that the road project, which cost N24 billion, cutting through swampy terrain to connect 14 other communities, needed 10 bridges and 99 culverts.
“To conquer the swampy terrain, the construction involved digging out four metres of clay soil and sand filling it to provide a base for the road. The road has cut the journey time to Yenagoa, the Bayelsa State capital, from three hours to one and a half hours.
“This project is a not only a flag ship of intervention in the Niger Delta, it is also a model of development partnership between the Commission and international oil companies in the region,” he said.

READ ALSO:   JUST IN: 17 Die In Onitsha As Flood From Heavy Rainfall Sweeps Bus Into Culvert

Nigeria, US, others excluded from list of travellers permitted to enter Europe from July 1