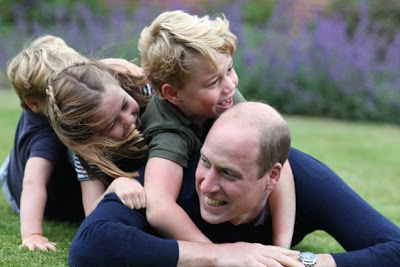 Prince William is all smiles as he is surrounded by his three children in heartwarming new pictures marking both his birthday and Father’s Day.

The royal has been with the Duchess of Cambridge and their children Prince George, Princess Charlotte and Prince Louis at the Sandringham estate in Norfolk in recent weeks.

William turns 38 on Sunday which he will celebrate at Sandringham’s Amner Hall due to the coronavirus crisis.

In one image taken by Kate, William and his three youngsters sit on a tree-swing posing for the camera.

In another the light-haired brood clamber on top of their father as he lies grinning on the ground.

William is just one of a number of royals who have celebrated birthdays during the coronavirus lockdown. 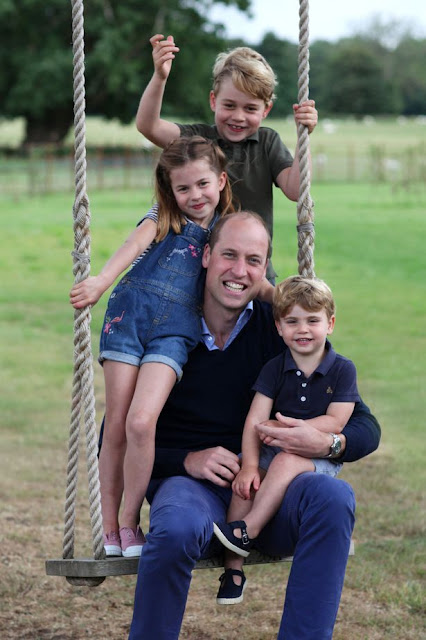 The Queen turned 94 and also marked her official birthday, the Duke of Edinburgh turned 99 earlier this month, while Louis turned two in April and Charlotte reached age five in May.

The royals have stayed apart during the pandemic and are scattered around the country at their various homes.

William has kept himself busy during the crisis with royal video calls, and in the past week has stepped up royal engagements.

The duke is the most senior royal in line to the throne who is not considered most at risk of coronavirus because of his age. 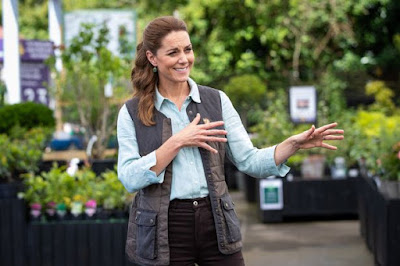