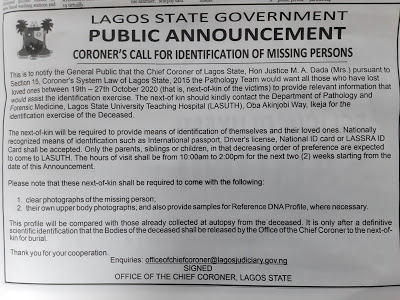 Sandra Ezekwesili has shared a public announcement believed to be from the Chief Coroner of Lagos calling on families looking for missing persons to come to LASUTH morgue as their are unidentified corpses their.

The public notice also said the people might have gone missing between 19th of October to 27th of October, 2020.

”The Chief Coroner of Lagos State is calling for people to come to the morgue at LUTH to identify persons who went missing between the 19th – 27th of October. 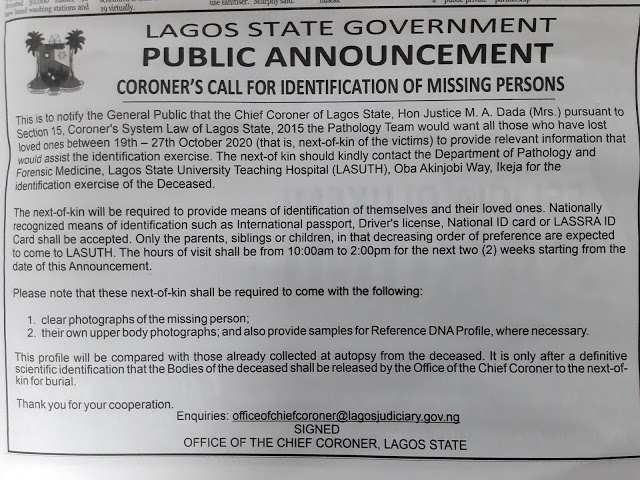 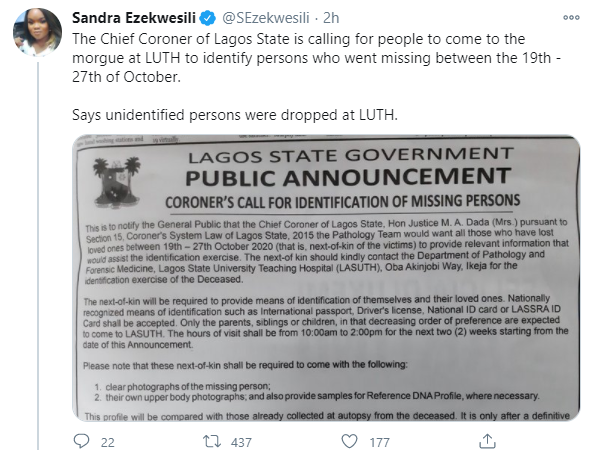