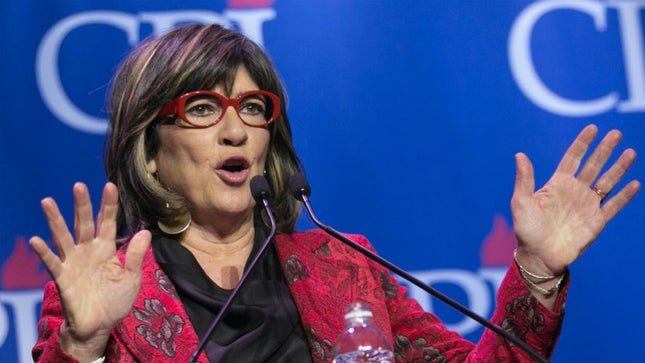 CNN’s Christiane Amanpour has been told to apologize for comparing Trump’s administartion to that of the Nazis.

Israel has demanded an apology from CNN and it’s International anchor, Christiane Amanpour after she compared US President Trump’s four years in the White House to Kristallnacht, a Nazi pogrom against Jews that took place across Germany in November 1938.

During the Kristallnacht, Nazis terrorized and attacked Jews throughout Germany and Austria. At least 91 people were killed and 7,500 Jewish businesses was vandalized.

During a segment over the weekend, Amanpour in commemorating 82 years after Kristallnacht, said that the event “was the Nazis’ warning shot across the bow of our human civilization that led to genocide against a whole identity and, in that tower of burning books, it led to an attack on fact, knowledge, history, and proof.”

She added “After four years of a modern-day assault on those same values by Donald Trump, the Biden-Harris team pledges a return to normal.”

However, Israel did not find her comment funny and the government through its Minister of Diaspora Affair has demanded an apology.

Israeli Minister of Diaspora Affairs Omer Yankelevich said that CNN “should be a partner in the global effort to fight anti-Semitism and not fuel the fire,” The Jerusalem Post reported.

“Using the memory of the Holocaust for cheap headlines or a political agenda is concerning and distorts the historical and moral truth,” Yankelevich added.

In a letter sent to CNN executive vice president Rick Davis, Israeli Consul-General in Atlanta, Anat Sultan-Dadon detailed the historic significance of Kristallnacht before lambasting Amanpour for disrespecting those who lost their lives and using the Kristallnacht for political agenda.