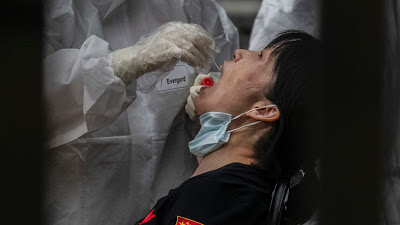 The recent outbreak of coronavirus in Beijing has been reported to be a European strain, according to Chinese officials who have released information about its genome sequence.

Chinese Center for Disease Control and Prevention (CDC) official Zhang Yong revealed the early research data in an article published by the country’s Central Commission for Discipline Inspection.
“According to preliminary genomic and epidemiological study results, the virus is from Europe, but is different from the virus currently spreading in Europe,” he said.

“It’s older than the virus currently spreading in Europe.”

China has been under pressure to make data on the recent outbreak public sooner rather than later, following criticism over how it handled the initial emergence of COVID-19 in the central city of Wuhan late last year.

The country said it has also submitted its latest results to the World Health Organisation (WHO).

The US government has blamed the Chinese regime for not handling the original coronavirus outbreak properly and moving too slowly to contain the pandemic.