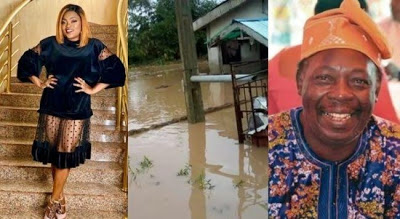 This came after the actor announced his house located in Oke Isagun community of Oke Odo LGA in Lagos was destroyed by flood after heavy rainfall.

Announcing the kind gesture by Funke Akindele, actress Kemi Korede via Instagram wrote: “On behalf of PA JAMES, I Want to say Big thank you to @funkejenifaakindele for the new apartment given to him by you. God bless you so much for your good heart. your type is so rare..you are a gem. Almighty God will continue to make way for you where there seems to be no way.”

Although she has taken down the post after being instructed by Funke Akindele,  we were able to get a screenshot of it as seen below: 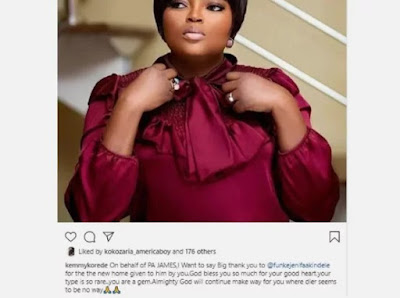 In another post, Kemi thanked those who came through for the actor, saying “To all that had supported pa James we say a big thank you.

APC House Of Humour: Presidency explains why Tinubu was not invited to NEC meeting with...