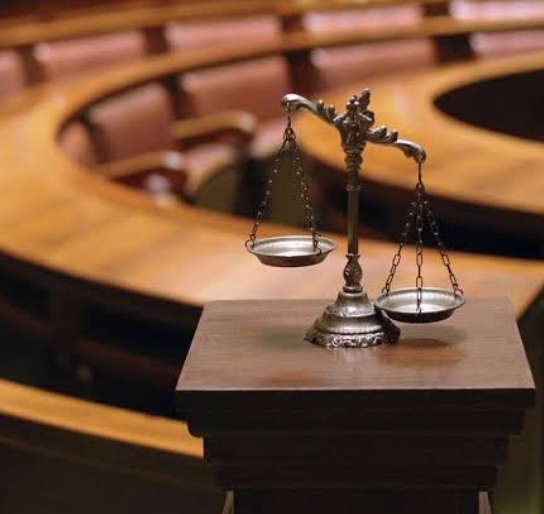 A man accused of defiling his neighbour’s 9-year-old daughter has been discharged and acquitted by a Lagos High Court.

Niyi Oyelami, who was accused 5 years ago of defiling his neighbours’ 9-year-old daughter, was discharged and acquitted by Justice Oluwatoyin Ipaye of a Lagos High Court sitting in Igbosere.

The court found Oyelami not guilty of the offence of defilement after five years of trial.

While delivering judgement in a virtual court proceeding, Justice Ipaye acquitted the defendant on the grounds that the prosecution was unable to prove its case beyond every reasonable doubt.

The Judge said that the testimony of the two prosecution witnesses failed to establish that the accused person actually committed the offence.

She said, “Niyi Oyelami, you are hereby discharged and acquitted of the offence of defilement dated 27 of November 2015.”

The prosecution had called three witnesses who testified before the court, Vanguard reports.

The first prosecution witness Sergeant Glory Eyo, attached to Meiran Police Station at area M Command, in Abule Egba area of Lagos, told the court that on May 2, 2015, a complainant reported a case of defilement at about 9: 30pm.

She said that the complainant (the neighbour of the defendant) told her that her daughter whom she came with to the station, was defiled by the defendant when she went to buy a snack for her 9-year-old daughter and after which she saw the defendant wearing her daughter her pant back when he finished having sex with her on the bench.

Eyo, also told the court that the complainant (the neighbour of the defendant) said she asked him what was happening and he said nothing but that she immediately took her daughter to the room and pulled her pant and saw bloodstains on her and when she asked her she said it was the defendant.

The IPO, further stated that after taking her statement she directed her to a hospital at Orile Agege.

Justice Ipaye held that the defence counsel in his final written address, asked the court to determine whether penetration of the prosecutrix took place, failure to bring her to court to testify and that the investigative Police officer IPO, did not tender any evidence, nor investigate the case but that she just testified based on what she was told.

She also said that the defence counsel stated that the second prosecution witness said that any penetrating object could break the hymen, the penis, rigorous physical activity but that in this case, the witness who is a doctor could not ascertain how the hymen was broken as there was no laceration, rupture or penetrating sex.

The defence counsel, Femi Adenitire, had urged the court to discharge and acquit the defendant, contending that the prosecution could not tender the birth certificate of the girl to establish whether she was actually a minor.

The publication adds that Adenitire also contended that the prosecution did not carry out any proper investigation but only did a mere recording of statements. He, therefore, urged the court that when the totality of the issue is determined it ought to be in favour of the defendant.

The prosecution in his written address told the court that it has established that the defendant was responsible for the defilement of the prosecutrix. It said that it has discharged the burden of proof beyond a reasonable doubt.

Ipaye said that the failure of the prosecution to provide eyewitnesses even the victim to give evidence as to whether it was the defendant who actually ruptured the hymen was fatal to its case.

She said that the second prosecution witness, a doctor gave evidence that a lot of time had passed before the victim was brought for medical examination.

“The prosecutrix (victim) and the complainant failed to testify in this case.

“Also the manner in which the medical examination was conducted in this case can not be relied upon.

“We have a DNA laboratory in Lagos State and crime scene investigation of such offence must be forensically investigated.

“I must conclude that the prosecution has failed to prove its case beyond every reasonable doubt, I hereby discharge and acquit you, Niyi Oyelami,” Ipaye said.