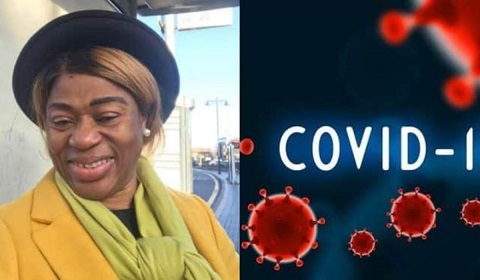 The Minister of Health, Dr. Osagie Ehanire, on Tuesday disclosed that Susan Idoko-Okpe, alleged to be Benue State’s Covid-19 index case, has refused officials of the Nigeria Centre for Disease Control (NCDC) permission to collect her sample for COVID-19 test, and gives new conditions.

Susan, who is currently at the National Hospital, Abuja, said that before her samples can be taken, it must be carried out by the World Health Organization (WHO) and sent to the United Kingdom for testing. She has been in quarantine since March 24, 2020 – 50 days now.

Speaking during the daily briefing of the Presidential Task Force on COVID-19 in Abuja, Ehanire said: “She came in from the United Kingdom.  She’s due for another test which she has refused to take and we strongly believe that by now she may be negative but we need to document it because we also work with the guidelines by the WHO.

“In order to document it I called her on phone and persuaded her to just let them take the test and she gave me the condition that first they must give her all her results from the past before she will agree for just her specimen to be taken.

READ ALSO:   Jordyn Woods takes down her jeans to reveal her underwear in sexy new photos

“I gave instructions and they took all the photocopies of her results and gave it to her. But on the day of the test when the NCDC got there, she told them that she wanted the test to be taken by the World Health Organization and that the test should not be done in Nigeria but that it should be sent to the United Kingdom. That seem to be a very difficult order. It is becoming a very odd drama.”

He added: “It was reported to me, so I called her again and asked her why she changed the condition. She wrote a text to me saying I should consult her lawyer.

“This was just yesterday, so we will continue with the lawyer business. However, she is quite well and in good health and the hospital authorities have also done their very best.”

Lawmakers who defect to another party should lose their seats – INEC

Tesla SAVED by employee as Russian hacker offers him $1m bribe to install virus on...