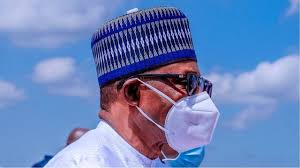 The Federal Government, FG, yesterday, declared it would not purchase COVID-19 vaccines from private importers or uncertified vaccines from the black market.

The government hinged its decision on reports of the proliferation of large-scale fraud and counterfeit vaccines in circulation.

They added that no vaccine would be allowed into the country until they are certified by the National Agency for Food and Drug Administration and Control (NAFDAC).

The minister explained that involving the private sector in dispensing vaccine would be studied by the vaccine coordinating committee and National Primary Health Care Development Agency (NPHCDA).

He said: “We must, however, remember that the COVID-19 vaccine is not an ordinary routine vaccine, but an unfamiliar, novel vaccine with properties that are still being studied. There may be side effects during their administration, for which government must issue indemnification and take responsibility, which will not cover vaccines imported or administered privately, outside of the legal framework.

“We applaud moves to support COVID-19 vaccine financing by the Nigerian private sector, which will be exclusively channelled through the account Nigeria has opened with the Afrexim Bank in Addis Ababa,” the minister said.

He said the emergency authorisation for Astrazeneca vaccine by NAFDAC would clear the way for delivery of the first set of the vaccine around the end of February.

Ehanire noted NPHCDA had made detailed preparation to hit the ground running and commence immunisation as soon as the vaccines are delivered by COVAX.

Storage, NAFDAC sampling of vaccines, distribution and operation, according to him, have been prepared and the training of health workers for vaccine administration was being finalised, while an elaborate process of access by registration has been developed for frontline healthcare workers, including laboratory staff. NPHCDA will elaborate further.

“There are also reports of an offer of 300 million doses of Sputnik V vaccines to the AVATT portfolio, which boosts availability to 557million. This would be a great relief to the African region and also increases the variety of vaccines to four. The vaccine coordination committee will advise on the best options for Nigeria, bearing salient factors in mind,” he added.

The minister stated that the second wave of the virus might have started receding following global observations of a seeming decline in COVID-19 cases.

He, however, cautioned that government would neither draw conclusions yet nor declare victory, but would rather watch developments as they unfold nationally and internationally.

On the outbreak of the Ebola Virus, Ehanire said the government was monitoring developments on the disease in Guinea, and working with the West African Health Organisation (WAHO) to contain the spread to other countries in the region.

According to him, ECOWAS countries adjacent to the epicentre were also taking strict measures with regard to checking the movement of persons to curtail the spread of the disease.

The minister, who said though Nigeria was classified as a moderate Ebola-risk country because of its distance from Guinea, advised Nigerians intending to visit countries in the general area to delay their visits.

Chairman of PTF on COVID-19, and Secretary to the Government of the Federation (SGF), Mr. Boss Mustapha, assured Nigerians that no stone would be left unturned in efforts to access safe and efficacious vaccines.

While pleading for patience and vigilance, Mustapha assured that government would not procure uncertified vaccines from the black market.