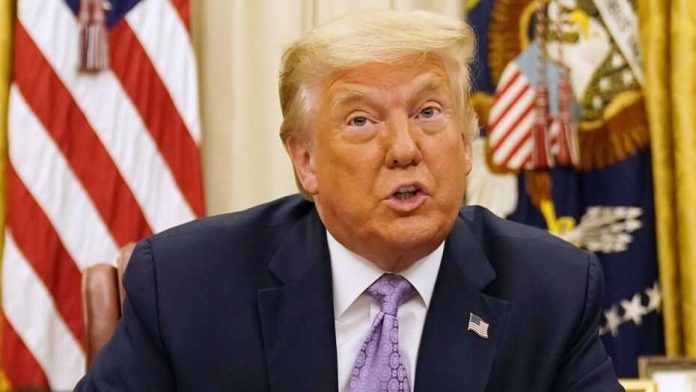 Hydroxychloroquine is missing in the drugs being administered on Trump for treatment of his Covid-19.

Hydroxychloroquine, the anti-malaria drug touted by US President Donald Trump as a cure for COVID-19, was conspicuously missing in the cocktail of drugs being used to treat him.
White House physician Sean Conley said in a memo that Trump had “received a single 8 gram dose of Regeneron’s polyclonal antibody cocktail” and was also taking “zinc, vitamin D, famotidine, melatonin an a daily aspirin.”

There was no hydroxychloroquine among the drugs.

Trump and some conservative doctors had promoted the drug as efficacious for COVID-19.

Trump even said he was taking the drug as preventive.

But scientists discredited the campaign, as far from reality. Various tests done did not prove that the drug was effective against the virus.

The scientific position has further been given credence by the drug list for Trump.

Conley reported on the state of Trump, before he was moved to Walter Reed Military Hospital on Friday.