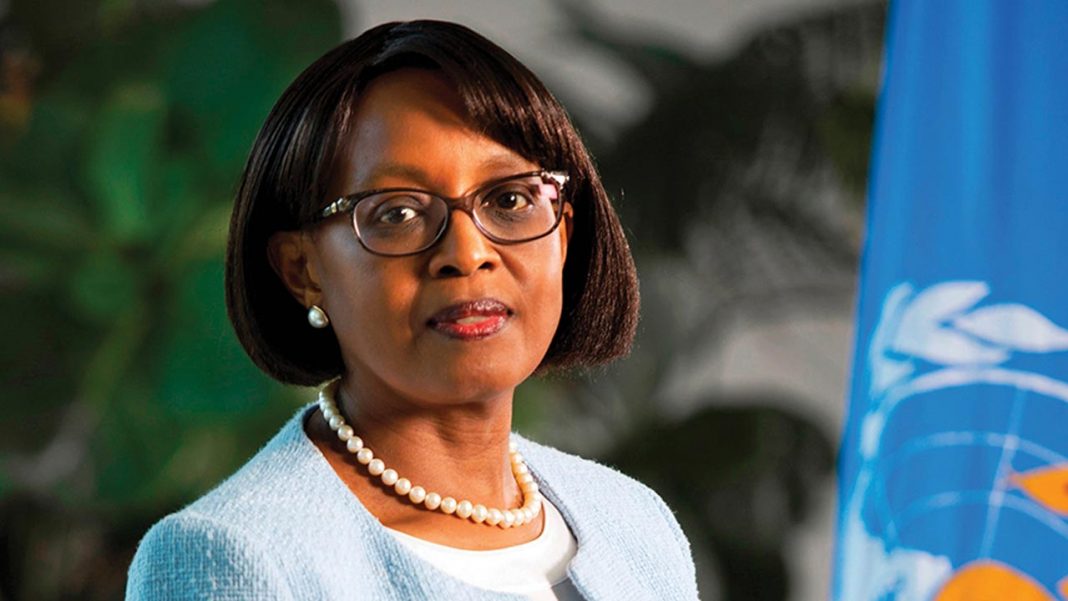 CityNews Nigeria reports that the World Health Organisation (WHO) has said many African countries are at high risk of COVID-19 resurgence due to poor adherence to public health measures, mass gatherings, low testing and vaccination rate.

WHO Regional Director for Africa, Matshidiso Moeti, who disclosed this during a virtual press conference, yesterday, noted that while three countries might face very high risk of COVID-19 resurgence, 20 face high, 22 moderate risk, and only one country faces low risk, according to the risk assessment of 46 countries.

Moeti stated that the continent has not experienced a surge in cases since January but the relatively low number of cases has encouraged complacency and there are signs of reduced observance of preventive measures.

According to her, recent political rallies in countries such as Benin, Cote d’Ivoire, Guinea and Kenya caused a spike in new cases and the upcoming elections in Cape Verde, Ethiopia, The Gambia, Sao Tome and Principe and Zambia could trigger a rise in cases due to mass gatherings.

She said most countries in the region are experiencing community transmission, yet 31 out of the 46 countries analysed performed fewer than 10 tests per 10,000 people per week in the past four weeks and this suggests that the number of cases reported in the past 28 days may not reflect the true situation as countries continue to target only people with symptoms for testing.

“Most new cases are still not being detected among known contacts. Investigation of clusters of cases and contact-tracing are worryingly low in most countries in the region. We must scale up testing, including through rapid diagnostic tests to enhance response to the pandemic,” Moeti said.

He said the continent could witness a dramatic spike in new infections and fatalities unless mass gatherings were suspended and the wearing of masks was strictly enforced.

The pandemic has had widespread impact across many sectors, with key health services in several African countries still reeling from disruptions experienced more than a year since the first cases were confirmed on the continent. Of the 40 countries, responding to a WHO survey conducted earlier this year, 95 per cent reported disruptions of varying degree.

While the survey shows there has been an improvement in service provision, with 41 per cent of services disrupted between January and March 2021 compared with 64 per cent in the last quarter of 2020, the persistent high levels of disruption to health services even after many countries have eased restrictions is concerning. The COVID-19 pandemic appears to be having a long-term impact on health services.

ALSO, the Africa Centre for Disease Control and Prevention has warned that a deadly wave of the coronavirus pandemic, such as the one ravaging India, could hit Africa with worse consequences,.

The Director of the Africa Centre for Disease Control and Prevention, John Nkengasong, told an online webinar yesterday.

“The situation in India shows we as a continent can’t put our guard down. If what is going on in India unfolds in Africa it will overwhelm our health systems.”

His warning comes as Indian authorities and hospitals struggle to cope with unprecedented levels of COVID-19 infections and deaths more than a year after the start of the pandemic. Official data yesterday showed new cases rose by 379,257 over the prior 24 hours, a daily record for any country, while the nation’s official death toll rose to almost 205,000.

India’s role as a vaccine manufacturer means the crisis could have a knock-on effect on the global rollout effort, Nkengasong said.

“India produces vaccines, India produces drugs, yet they have been overwhelmed,” he said, adding: “No doubt the situation in India has severely affected the predictability of vaccine rollout in Africa too.”

Delays in supply have been experienced by 60 countries allocated doses under the Covax initiative, which aims to ensure distribution to poorer nations, according to vaccine group Gavi. Of those, 38 are in Africa.”