Home General Interest COVID-19:Exercising with face mask on could be fatal – Expert warns 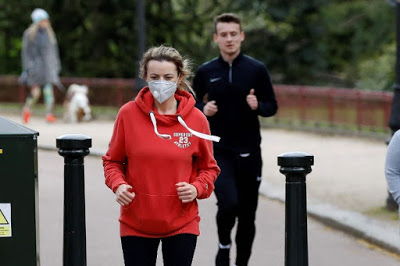 Exercising with a face mask on ‘could prove fatal’, an expert has warned.

Lindsay Bottoms, a reader in Exercise and Health Physiology at the University of Hertfordshire, claims that a mask makes it harder to inhale the quantity of air needed while exercising.

Writing for The Conversation, she explained: “When we do heavy exercise, our muscles produce lactic acid, which causes that burning sensation. It is then converted to carbon dioxide and exhaled.

“But what happens if the carbon dioxide is trapped by the mask? As you move from moderate to heavy exercise, you may be re-breathing carbon dioxide, which can reduce cognitive function and increase breathing rate.

“There may also be less oxygen in the recycled air, which could imitate exercising at higher altitudes. So it is important we gain a better understanding of the limitations of heavy exercise with a face mask.”

Ms Bottoms said: “Autopsies have not been performed, so it’s impossible to know whether the masks played a role in the boys’ deaths. But it raises the question, is it safe to exercise with a face mask on during COVID-19?” 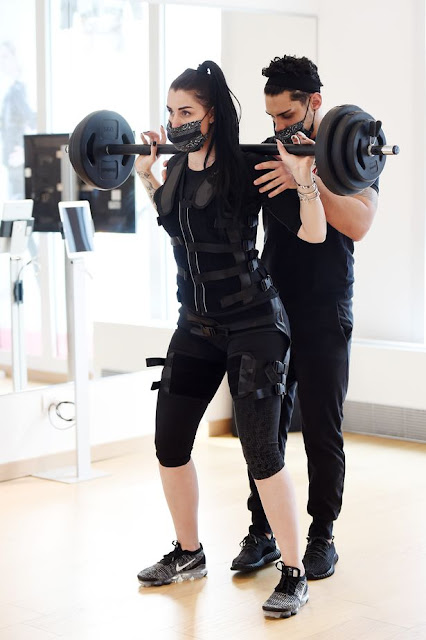 To test the effects of wearing a face mask while exercising, Ms Bottoms ran on a treadmill at 10kph for three minutes while in full fencing kit, both with and without a face mask under the fencing mask.

Without the face mask on, the concentration of oxygen around her was 19.5%.

However, with the face mask on, her oxygen levels dropped you 17% – the equivalent of exercising at 1,500 metres.

She said: “Any further decreases in oxygen concentration – by exercising longer or harder – would have a large effect on the physiological responses to exercise, causing altitude-sickness symptoms such as dizziness or headache.”

Based on the findings, Ms Bottoms is urging researchers to do further studies into the effects of exercising with a face mask on.

She added: “With gyms looking to reopen and sports clubs wanting to resume, before anyone recommends wearing a face mask, research urgently needs to be undertaken to ensure the safety of the sporting community, regardless of any underlying conditions.”

WHO can’t dictate to us on how to fight Covid-19 – Minister of state for...

I don’t want to be a rep, senator or governor – MC Oluomo denies Lagos...