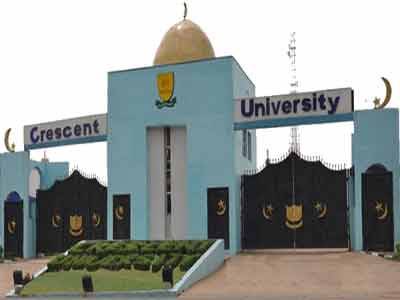 Olusope was accused of sexually harassing a 200-level fellow student in a boys’ hostel after allegedly drugging the food the victim ate.

The victim was said to have been rushed to a hospital for treatment.

In a video posted on Instablog on Friday, Samuel was seen being taken to an office as some people derisively tagged him a gay.

The medium stated, “A 500-level law student of Crescent University, Ogun State, Olusope Samuel, has been accused of allegedly drugging and harassing a 200- level student in the boys’ hostel.

“According to multiple sources, Samuel is infamous for allegedly sexually harassing boys.

“We caught him in the wee hours of the night giving a fellow boy a blow-job. Before that, he had drugged the boy’s food only to perform MouthAction on him later.”

It was also alleged that the Olusope had been expelled from a university for the same act.

Punch reports that he was expelled from a private school in Ekiti State for a similar offence.

When contacted on what the school authorities were doing about the case, the university’s Registrar, Bola Ajibola (SAN), told our correspondent on the telephone that the incident had been brought to the knowledge of the school.

He said, “Unfortunately, I am not able to comment in any detail. The report on social media has been brought to the vice-chancellor’s attention and the matter is being looked into. That is as much as I can say for now. I expect that by early next week, more light will be provided on the matter.”