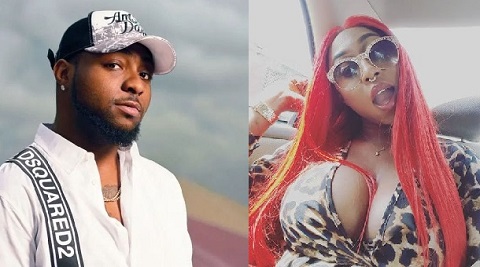 Davido has reacted to the news that co-artiste Cynthia Morgan has gone broke.

News of Cynthia’s bankruptcy spread on Saturday after she launched a GoFundMe project for a musical comeback.

According to her, she has been out of the music scene after a contract crisis with her music label.

Cynthia also said she suffered an illness that consumed all her savings.

Davido posted on his official Instagram page that Cynthia should ”call him”. It can be expected that Davido wishes to offer a hand as he is known for philanthropic acts. In another post, he said he was ready to record a song with her, saying as a matter of fact his own ferse was ready.