Home Entertainment Dayo Amusa replies after she was called out for shaming an aspiring... 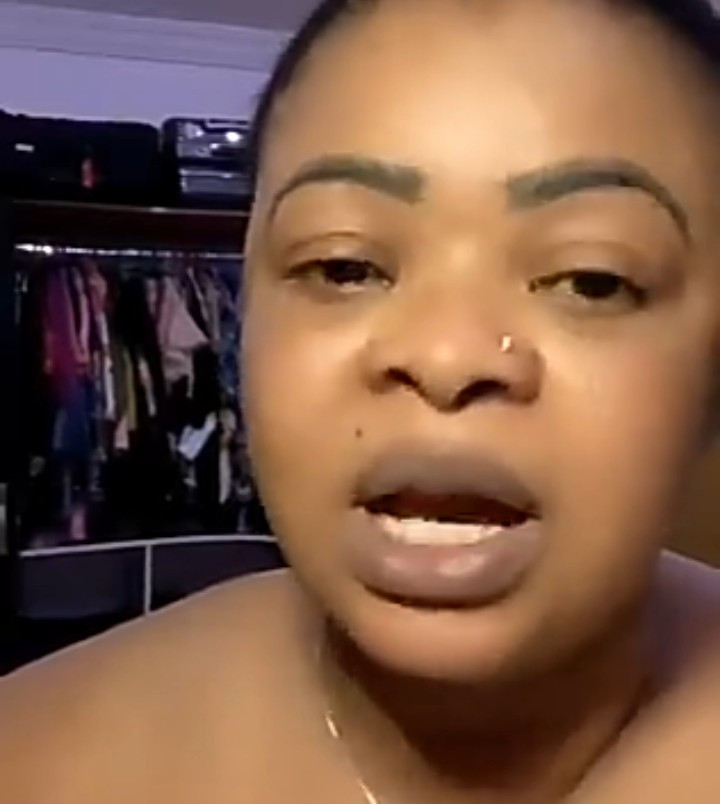 Actress Dayo Amusa was called out by her followers after she shamed an aspiring actress who reached out to her for professional guidance.

The actress has now released a video explaining herself.

In the initial post that led to an outcry, a follower left a comment to let Dayo know that she is “an aspiring actress.” She also told Dayo that she needs a “helping hand.”

The actress then responded: “Who will waste his/her time to help you when you have not helped yourself? You have access to the internet, you have an IG page, no skit, nothing to showcase your so called talent & u dey fine help. You a joker.” 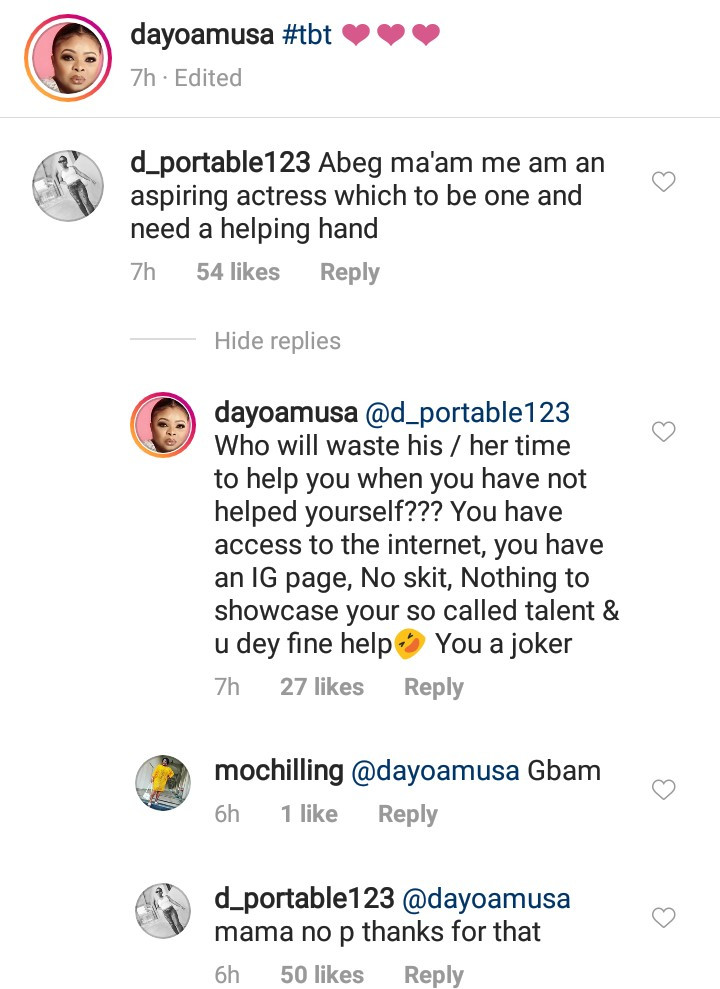 Followers thought Dayo’s comment was insensitive and they called her out, while sending words of encouragement to the aspiring actress.

Dayo later released a video to address the outrage her post elicited.

The Nollywood actress said her intention was not to belittle the upcoming actress, but she insisted that the lady is a “joker” for not using her Instagram account to display her talent.

Below are reactions and Dayo’s explanation. 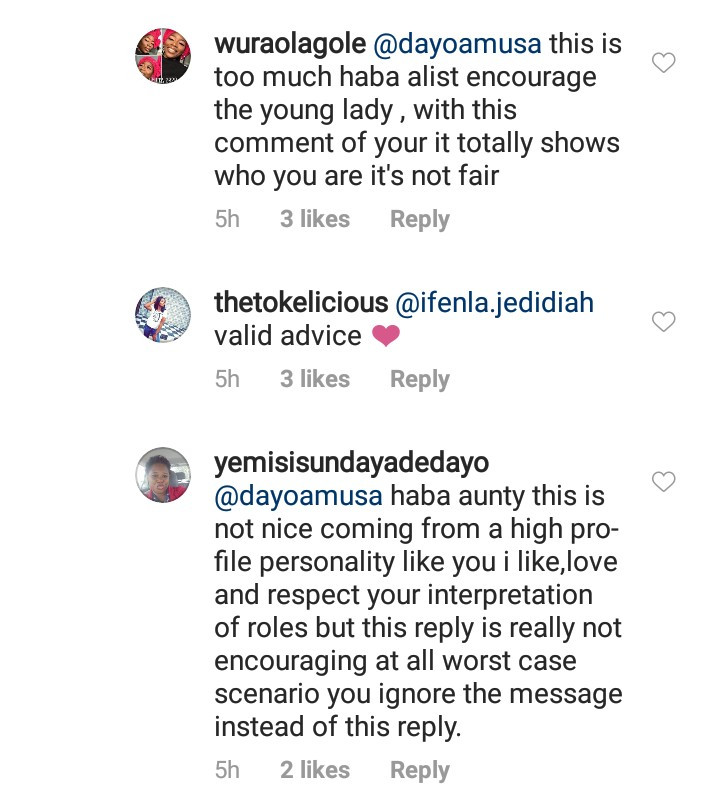 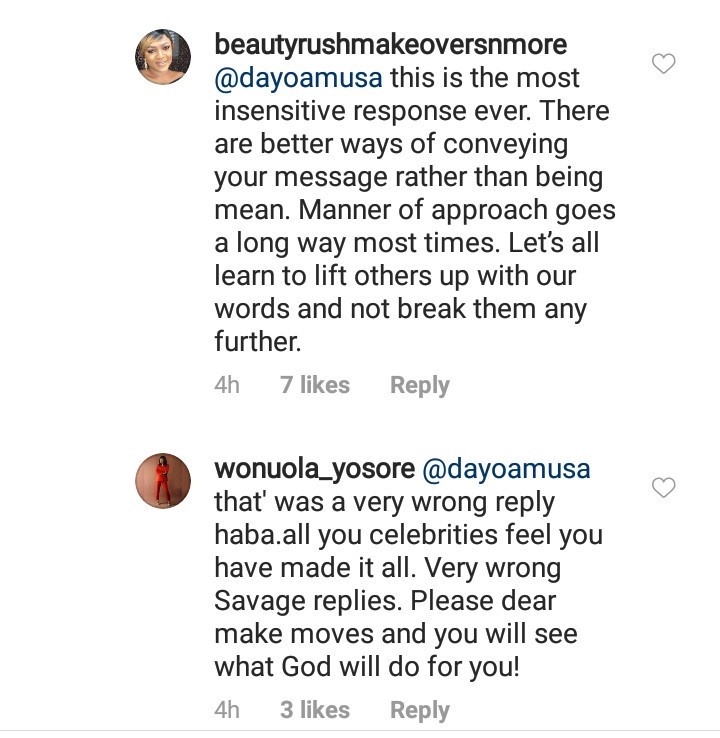 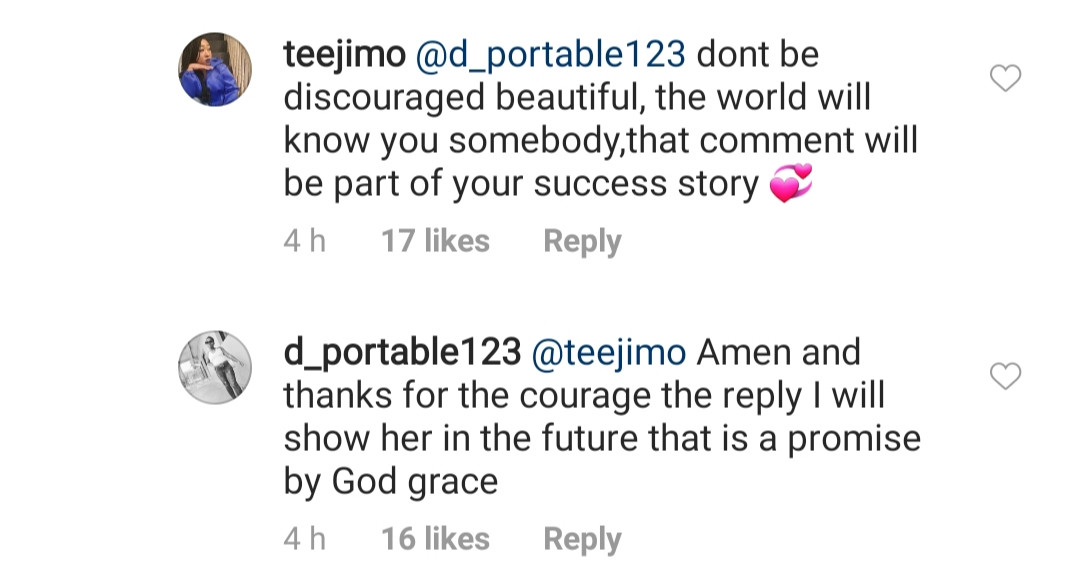 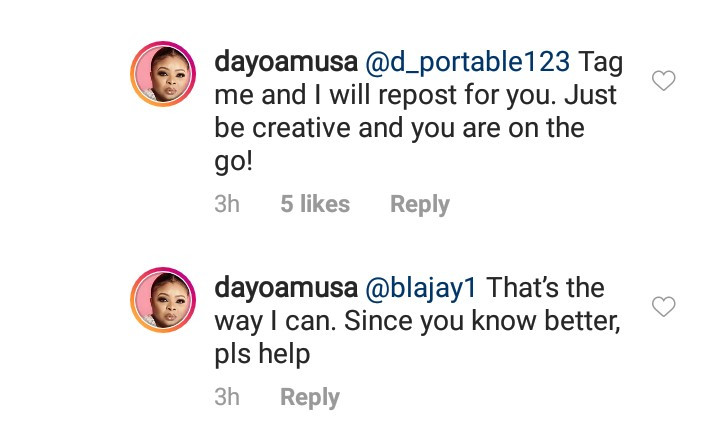 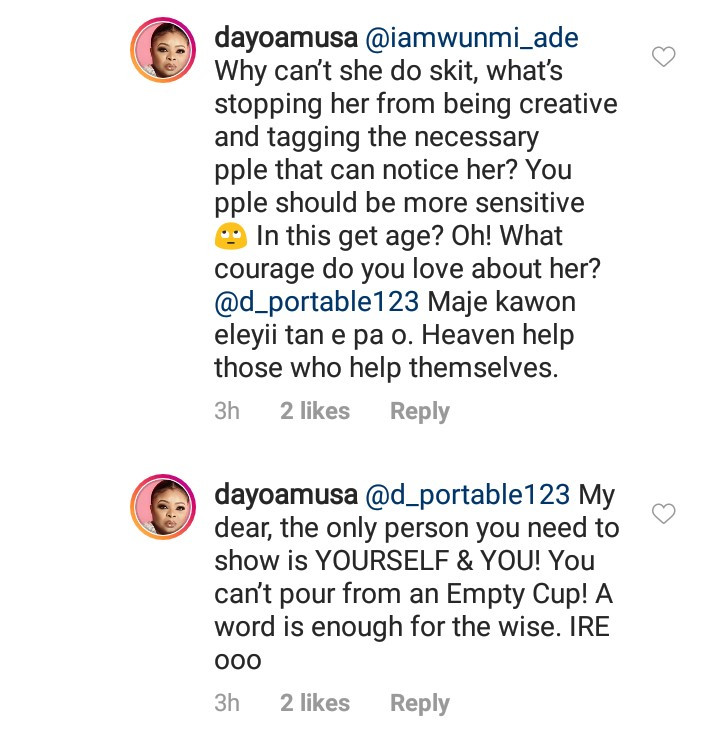