Home News Delta Has No Plans To Stop Pensions Of James Ibori, Others –... 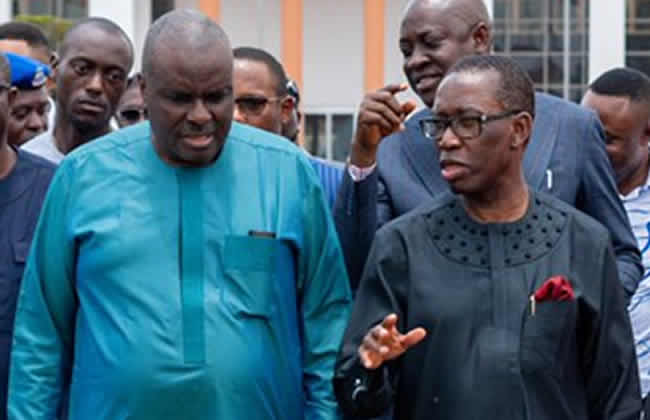 The Delta State Governor, Ifeanyi Okowa, says his administration has no plan to stop pensions of past governors and their deputies.

Okowa, who stated this on Wednesday in Asaba, stressed that his counterpart in Lagos State, Babajide Sanwo-Olu, may have reasons to repeal theirs.

He said, “There is an existing law in Delta State on what accrued to the governors and their deputies, that I don’t want to touch.

We are not thinking in that direction, my counterpart in Lagos may have reasons why he wants the law repealed but we in Delta don’t want to go into that.

“I don’t want to comment on the decision of Lagos State Governor. Each state has the power to make a decision concerning its governance.”

On the approval given to Zamfara State Government to manage their resources by the Federal government, Okowa said the South-South governors will meet with Ibrahim Gambari, the Chief of Staff to President, Major General Mohammadu Buhari (retd), to address the issue.