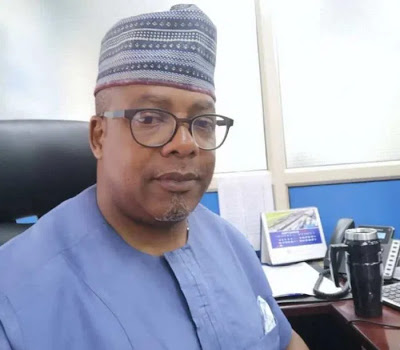 A driver, conductor, and their friend have been arrested and arraigned before a Lagos Magistrate’s Court for attacking the General Manager/ Chief Executive Officer of the Lagos State Traffic Management Authority, LASTMA, Mr. Olajide Oduyoye.

They allegedly used scissors, screwdrivers and in the process inflicted injuries on Olajide’s right hand and other parts of the body.

It was gathered that the timely intervention of the Female Divisional Police Officer, DPO in charge of Ilasan Division, Lekki, Lagos, CSP Onyinye Onwuameagbu saved the LASTMA boss from being killed by the accused persons as she reportedly despatched her men to the scene of the incident to restore order following a distress call.

The Police arrested the accused persons and took them to the station with the weapons they allegedly used.

The accused were charged before the Igbosere Chief Magistrate’s Court, Lagos on a three-count charge bordering on assault occasioning bodily harm and threatening violence.

Chukwudi informed the Court that the accused persons took the law into their hands and attacked the LASTMA boss with weapons for cautioning the driver against reckless driving and in the process inflicted injuries on his hand and other parts of the body.

She said the offenses the accused persons committed were punishable under sections 411, 173 and 56(1a) of the Criminal Law of Lagos State, 2015.

The accused, however, pleaded not guilty to the charge.

The presiding Magistrate, K.O Doja Ojo granted them bail in the sum of N50,000 each with two sureties each in like sum – one whom must be a blood relation.

Doja Ojo adjourned the case till 28 July 2020 for mention and ordered that the defendants be kept at the Ilasan Police Station due to the COVID 19 crises till they perfected the bail conditions.