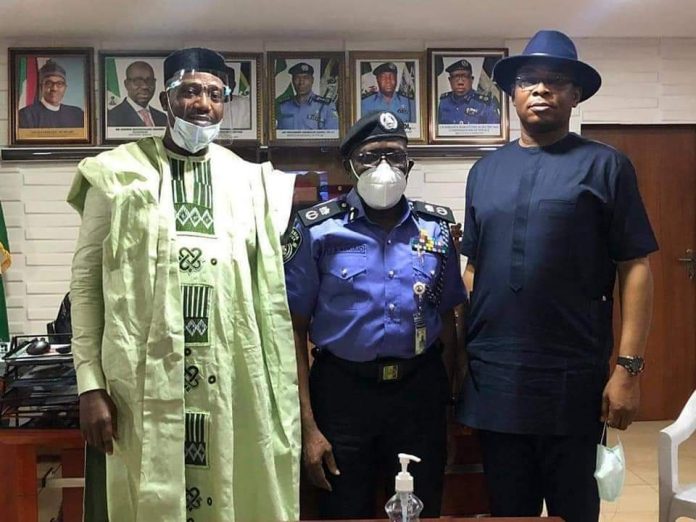 The Department of State Services and the Edo State Police Command are set to withdraw operatives from the former Speaker of the Edo House of Assembly, Hon. Frank Abumere Okiye, and his Deputy, Hon. Roland Asoro, following their impeachment on Thursday by 17 elected members of the Assembly.

This was made known in the courtesy visits to both security agencies yesterday, Thursday, by the majority 17 members who were led by the newly-elected Speaker, Rt. Hon. Frank Edoror, and his Deputy, Hon. Emmanuel Agbaje.

During the visit to the Edo Commissioner of Police, CP Johnson Kokumo, the members were assured of their personal safety and a secured environment to carry out their legislative duties.

According to reports, the Police Chief thanked the lawmakers for their maturity and peaceful disposition even in the face of provocation and immediately ordered the deployment of officers for round-the-clock protection of the lawmakers.

Similarly, the State Director of the DSS, Mr. Shiekh Waziri, made certain that operatives of the agency attached to impeached Speaker, Hon. Frank Okiye, and his Deputy, Hon. Roland Asoro, will be withdrawn following their removal, in accordance with the law.

In reaction, the Speaker, Rt. Hon. Victor Edoror commended the Police and the DSS for their accurate interpretation of the law, while reasserting that the 7th Assembly, under his leadership, will focus on bringing quality and representative governance to the people of Edo State.

He called for peace and unity from all elected members, stating that it is time to a new page and serve the mandate for which they were all elected.