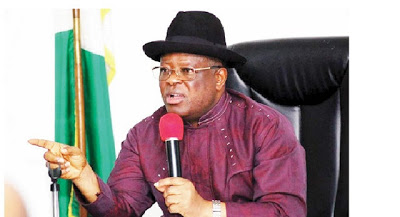 Governor David Umahi on Friday lifted the ban on religious gathering in Ebonyi state. He said religious centre can now conduct services once a week but must observe the necessary protocol against COVID-19.

The  state’s Commissioner for Information and State Orientation, Uchenna Orji, announced the governor’s decision in a statement on Friday.

Mr Umahi had declared the ban last month to check the spread of the novel coronavirus in the state.

Despite the ban and other measures including the closure of the state boundaries, Ebonyi still recorded nine cases of the virus.

The lifting of the ban followed weeks of pressure by some Christians in the state who questioned why churches were closed while markets remained opened.