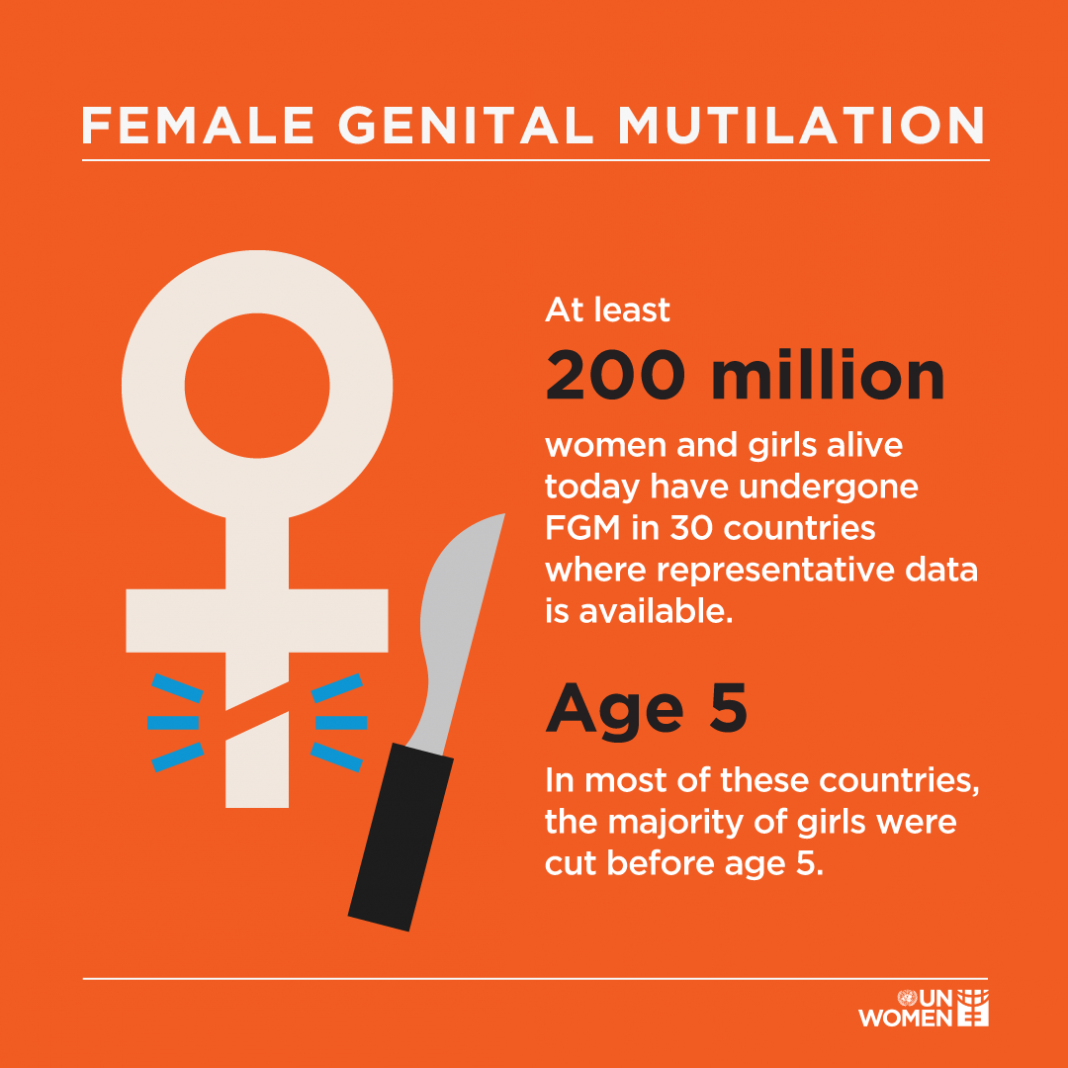 According to UNICEF, the increasing trend is dangerous, as medical workers are supposed to help in sensitisation of the populace on the dangers of FGM rather than encourage it.

UNICEF officials speaking at an event organized for law enforcement officers and judiciaries on the Violence against persons (prohibition) law, No.002 of 2018, by Ebonyi state Ministry of Women Affairs and Social Development at Ohaukwu LGA in Ebonyi said that medical practitioners were responsible for increasing reports of FGM in the state.

Addressing participants in the program, Director Child protection, in the Ebonyi state Ministry of Women Affairs and Social Development , Mr Godwin Igwe, said, “The trained and quack medical practitioners are enhancing femal genital mutilations in the state. They deceive uninformed parents that they have anaesthetic, they shouldn’t mind the claims that FGM is bad, that what is bad about it is the pain, that they have injections they will give to cut the clitoris, that their would be no harm.

READ ALSO:   Why we embarked on strike during coronavirus crisis – ASUU

“So we are saying that there is a need to wage the relentless war, it is not to the urban based, we need to go to the hinterland to inform the people , to disabuse their minds. It is not all about gathering in the hotels, we can go to the market square, not to the traditional rulers alone, some people owe no allegiance to the traditional rulers, because some of them are not the choice of the people. That is why it is important to meet the people in their groups, churches, August meetings which is fast approaching to tell them that it is not only because of pain that we say they should abandon FGM, but other negetive effect that follows.

“There is a need to get not only the medical doctors in the hospital, not only the licensed ones, the patent medical pratitioner, that are spread in all the nucks and cranes of the rural areas. They need to be reached at, or train them let them understand that what they are doing is not good, because they may not understand all these consequences we are talking of.

“When we talk of medical workers, or practitioners, it is not only the licensed ones, there are some people who are in the village, who did not go to secondary school that are doing operations, claiming that what one man can do another man can do it.

“Cases of FGM are usually done in the secret, some case of doctor’s that practice it has been taken to the ministry of health, and punishment has been given to them, some of their licenses withdrawn from them.

BREAKING: ‘Don’t Be Afraid Of Covid,I Will Be Leaving Hospital By 6:30’ Trump Tweets

Hollywood:Angelina Jolie’s pal reveals details of her teenage days… pics of star before she found...

Chelsea star Callum Hudson-Odoi, arrested after woman who left his home called the police she...