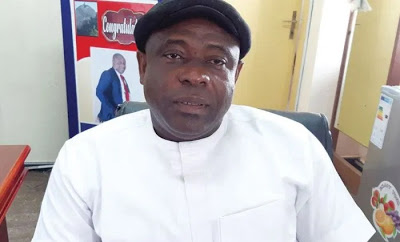 The Deputy Speaker of the Edo State House of Assembly, Yekini Idiaye, has been impeached.
He was impeached on Wednesday during plenary by seven members of the House.
Speaker of the Assembly, Frank Okiye, said Idiaye was impeached over misconduct and revealing secret information of the Assembly.
It was however gathered that he was actually impeached for pledging loyalty for the candidate of the All Progressives Congress (APC), Pastor Osagie Ize-Iyamu.
The member representing Orhionmwon Constituency ll, Roland Asoro, was immediately elected Deputy Speaker.
Idiaye on Monday August 3 pledged loyalty and support to Ize-Iyamu.

How COVID-19 Tests Are Carried Out: 12 Things To Know – NCDC