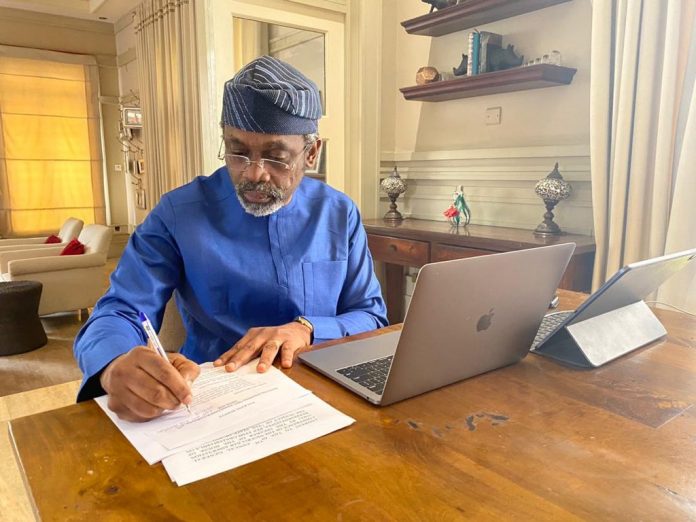 The Speaker of the House of Representatives, Hon. Femi Gbajabiamila, has said that constitutional and electoral reforms are currently top on the table of the Green Chamber. Gbajabiamila said as soon as the House reconvenes from its on-going recess on September 15, the Special Ad-hoc Committee on Constitution Amendment would hit the ground running. Speaking on the topic; ‘State of the Nation,’ at the on-going 2020 Nigeria Bar Association (NBA) virtual conference, Gbajabiamila said while the government played its part, the citizens should also do their part in making the country a better place.

Responding to a question on the actions taken by the House to address the COVID-19 pandemic, the speaker said the first thing the House did was to pass the Emergency Economic Stimulus Bill, which would grant moratorium on mortgages and lifts duties on medical equipment. Other actions taken by the House on COVID-19, the speaker said, were the donation of two months’ salary by the 360 members to the Presidential Task Force on COVID-19, the introduction of the Infectious Diseases Bill as well as updating the legislative agenda of the House to accommodate current realities.

“The issue of reform or constitutional amendment is on the table of the House of Representatives. We already have a committee in place, and they will start work as soon as we return from our recess on September 15. “But before then, we have the Police Reform Act Amendment Bill. I think it’s now before the president.
That will address a lot of issues such as community policing, among others. “For me, the constitutional reform and the electoral reforms are issues we take seriously,” he said. On funding for security agencies, Gbajabiamila said: “The issue of security is perhaps the most important leg of the three legs that this government came into power. If you look at it, a lot has been done, but that’s not to say that it’s Uhuru, it’s not yet.